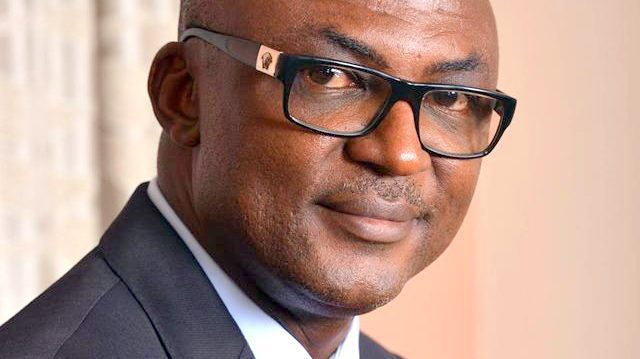 NIGERIAN GOVERNMENT YET TO UNDERSTAND THE ROLE OF MEDIA — BROADCASTER( UGBE PATRICK CEO OF HIT 95.9 FM)

For Nigeria to have a thriving media that could aid democracy and good governance, the government needs to have a proper understanding of the role of the media in the society, the CEO of Hit 95.9 FM, Calabar, Cross River state, Patrick Ugbe, has said.
Mr. Ugbe, who is a former commissioner for information in the state, told PREMIUM TIMES that it is possible for the media to enjoy a reasonable degree of independence, even if it is funded by the government.

What is needed, he said, is for those in authority to have a clear understanding that the media is responsible to the public, not to the government.

Nigerian press, one of the most vibrant in Africa, has a history of frequent brushes with the government. Journalists are often abducted and detained by security agents for publishing stories considered critical to people in government.

Reporters Without Borders ranked Nigeria 116th out of 181 countries in its 2016 world press freedom index.

PREMIUM TIMES’ head office, Abuja, was raided by the police last month and the paper’s publisher and another journalist arrested, based on a complaint filed by the Chief of Army Staff, Tukur Buratai.

Mr. Ugbe advocated ways in which the public media in the country could be funded independently, without the direct involvement of the government.

“Or better still if the government doesn’t want to, they should privatize the media, so that you know it is being funded 100 per cent by the private sector, without getting a kobo from the government.”

Mr. Ugbe, whose radio station is celebrating its one-year anniversary, said running a private radio station in Nigeria was an enormous challenge, but that the experience has been a good one so far.
The Cross River state government has never interfered with the radio’s operations, he said.

“The PDP is the ruling party in Cross River state, but on several times we have had opposition party leaders come on our station. They have used this platform to also express themselves. The station has provided an alternative voice for the people.

“We do not just sit here (in the studio) to praise government all the time.

“Where we think the government is not doing right, we analyze and criticize. And we believe that it is for the good of the society at the end of the day that we keep (the) government in check.”

Mr. Ugbe also spoke on the commercialization of news in the nation’s broadcast industry.

“The moment you pay for news it loses its objectivity, so you are now reporting based on what you were paid to report. Professionally, it is wrong for news to be paid for; news is news and should be treated as news and as objective as news should be.

“But if you look at the circumstances today, most of the time the station and the media houses have to survive in our environment and part of the ways of that survival is by commercializing their news because asking them to pay for news increases their revenue base.

“Most times people come (to our station), they bring their news items and I said wait a minute if I ask them to pay I am going to lose this news. Even if I ask them to pay and they are like ‘we don’t have money’, I end up carrying the news because for me what is uppermost is to inform the people of the happenstance.
“Now, if I wait to be paid, I may not carry the news. Most times, I give preference to the news rather than the commercial aspect of the news,” Mr. Ugbe said.

Mr. Ugbe said Hit FM would continue to remain faithful to its audience, despite the economic recession in the country which he said was hitting hard on the station.

“We try other means of generating revenue so that we don’t put stress on the news so that we must at all times have balanced news,” he said.

This article was first published on PREMIUM TIMES