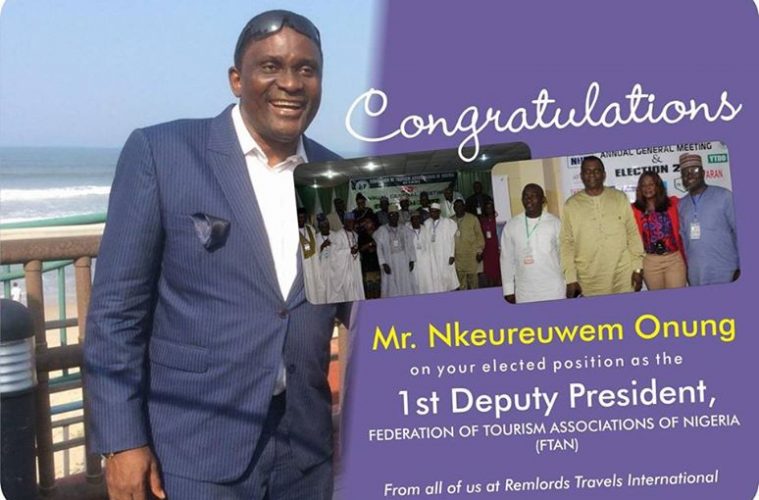 The Federation of Tourism Associations of Nigeria (FTAN), the private sector umbrella body for tourism in Nigeria, has elected a new set of executives at a well-attended annual general meeting (AGM) held in Abuja last Friday.

To pilot the affairs for the association for the next two years, will be tourism and hospitality experts, Malam Rabo Saleh and Mr. Nkereuwem Onung who emerged the new President and first deputy president respectively.

“We plead with every one of us to lend your supporting hands even as you constructively criticise us; we won’t take it personal; believe me, we are here to serve you.

“This is a tough job, but we can only make a success of it, if all FTAN families give their individual support and assistance. “We would operate a transparent and equal opportunity administrative system; we shall be open and accountable to you and every FTAN member,” Saleh said.