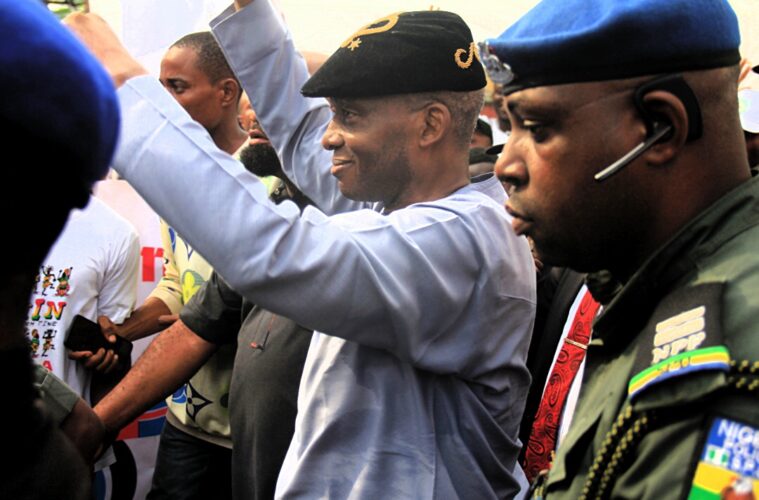 ‘No governorship aspirant in Cross River can match my experience,’ says Senator Bassey

Senator representing Cross River South in the National Assembly, Gershom Bassey says in terms of experience and capacity, no aspirant for the governorship can match him.

Senator Bassey disclosed this at the PDP Secretariat in Cross River State while paying a Christmas visit to leaders of the party.

The visit also afforded the senator the opportunity to intimate the party leadership  of his plans to begin state wide consultations ahead of the next elections in the state.

“In terms of capacity, nobody running for governorship in this state have my capacity.

“In terns experience nobody has the kind of wealth of experience that I have.

“If you are doubting me I want you people to organize a debate for all the aspirants”, he said.

Senator Bassey who was accompanied by thousands of his supporters urged the leadership to treat all aspirants fairly.

“When you fail to treat an aspirant or candidate fairly the party loses election. I know that moving forward for the betterment of the party.

“As a person I won’t undermine the candidature of the aspirants,” Bassey maintained.

He also stressed that the PDP has never lost a governorship election in the state and that all zones should abide by the zoning arrangement in the state.

In his words, “Because I am one of the founding members of the PDP in the state, I would do everything within my reach to ensure that the party wins the election.

“We have never lost a governorship elections in Cross River State. The PDP was built on truth , friendship, trust and friendliness. You are a Chairman today because of the truth you stood for.

“After Liyel Imoke completed his 8years  tenure in 2014, under the PDP we zoned the governorship  to the north. And that after eight years it will rotate to. Has that rule be overturned?” he queried.

He promised not to do anything that will undermine the candidature of any aspirant.