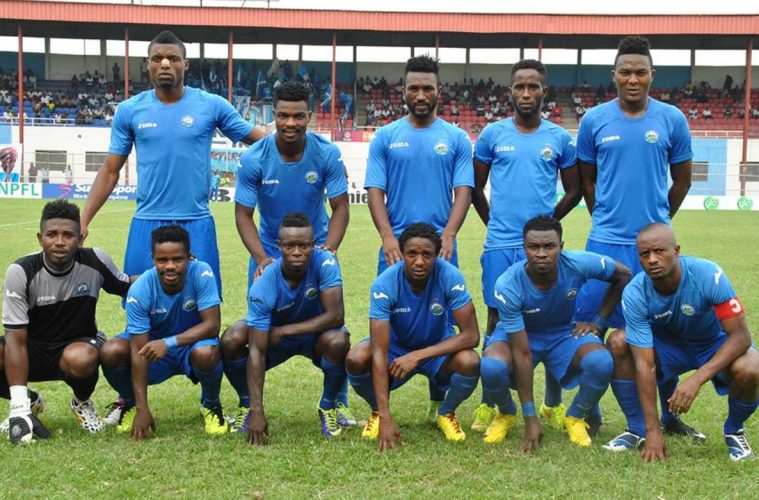 The Cross River State Government has said that the Enyimba football club of Aba is currently on its own in Calabar, the state capital as the club is yet to inform the state if they are going to use the U.J Esuene stadium as their home for the 2018/2019 Nigeria Professional Football League (NPFL) season.

The club has been in Calabar for over two weeks now this year and played a one (1) all draw away to Lobi Stars of Markurdi yesterday (Saturday) with their next home game uncertain as they are yet to secure a venue with the Calabar stadium reported not to be in the best condition at present.

And, the Chairman of the state’s Sports Commission, Mr. Orok Duke told the GUARDIAN that: “We are not aware that they intend to use our Stadium as they did last year plus the CAF Cup.” The People’s Elephants played its home matches at the U.J.Esuene Stadium, Calabar last season finishing third on the log as its stadium in Aba is still under construction with GUARDIAN reporting that as at Friday, a home venue has not been determined and some players and officials hinted that the team was yet to finalise issues with the State Sports Commission.

The Club side underwent Pre –season camping at Akure and later returned to Calabar. The team which has been alternating training pitches to the dismay of the technical crew and especially the newly signed players, is expecting CAF Stadia Inspectors ahead of its Confederation Cup engagements from February.

And, reports suggests that some of the players and officials who spoke with The Guardian expressed worry that overtures for the team to train or host friendly matches at the U.J. Esuena Stadium pitches were rebuffed by the proprietors of the facility, adding that their problem is further engrossed as to which venue to brandish when the delegation arrives Nigeria for the inspection.

But, Mr. Orok told the GUARDIAN that: “You are aware that we supported them throughout last season, and that qualified them for the CAF Cup Championship. Respect is reciprocal and should be upheld as a norm in life. Please ask them if they have any obligation with us as far as the NPFL, which begins this weekend is concern.”

The Chairman of the Enyimba Management Committee, Chief Felix Anyansi will not pick his calls or reply messages placed on his phone concerning the matter.