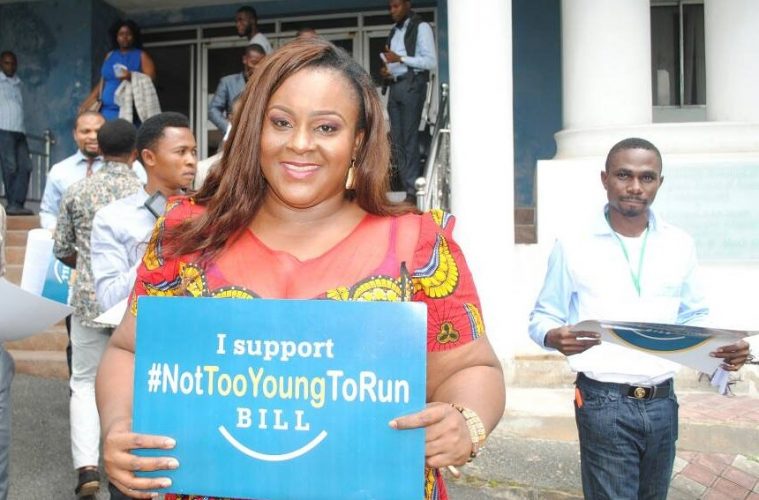 NOT TOO YOUNG TO RUN: BARR. ROSEMARY EKENG PLEDGES SUPPORT FOR BILL

The General Manager, Cross River State Investment Promotion Bureau, Barr. Rosemary Ekeng has pledge her support for the “Not Too Young To Run” bill recently passed by the Senate.

Barr.  Rosemary disclosed this while speaking at the Cross River State Legislative Dialogue on the “Not Too Young To Run” bill organised by the Global Shapers Calabar Hub. The event took place on August 15th at the Mini Auditorium, Cross River State House of Assembly.

In her speech, Barr. Rosemary observed that young people have made significant contributions to the growth and development of Nigeria, hence, they should be given a chance but that a bill should not define ones ambitions. She further said “This is the future we told our youths about. Today is that future and I am proud to have supported the Calabar global Shapers organize the Cross River State Legislative Dialogue on the Not too Young to Run Bill.”

The guest speaker, Rt. Hon. John Gaul Lebo, Speaker, Cross River State House while addressing participants disclosed that he will be happy to see a lot of 25-year old youth run for elections in 2019. He advised that young people should take the Not too young to run campaign to political parties. According to him, the desire is to be a solution architect, not a political liability.