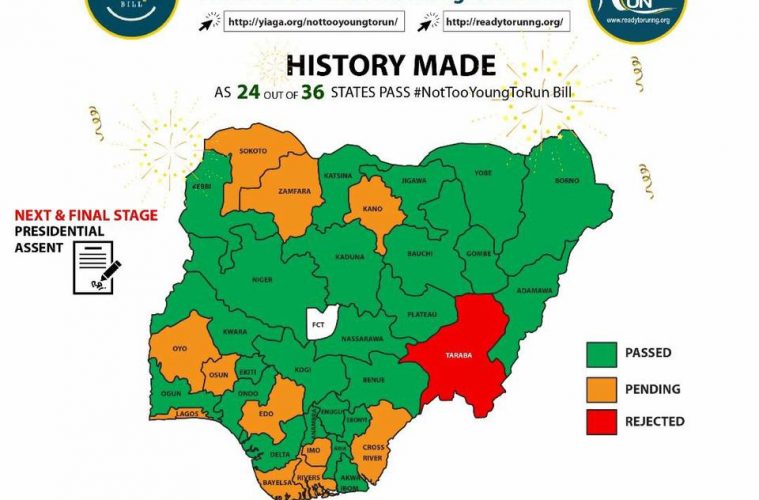 The bill, which is part of the process to amend the 1999 constitution, seeks to reduce the minimum age requirement for elective positions in the country.

It will be recalled that the Not Too Young to Run Bill got overwhelming support at the Constitutional Amendment Public Hearing held by the Cross River State House of Assembly this year, but the House has been foot dragging in the presentation of the bill for voting in the assembly with no clear communication for the delay.

The bill was first passed by the senate and the House of Representatives in July 2017.

The latest states to pass the bill are Plateau and Anambra states.

The Ondo state assembly was the first to pass the bill, other states followed closely, including Adamawa, Kwara, Benue, Nasarawa and Borno. Others are, Kaduna, Niger, Kogi, Ogun and Abia.

However, while Taraba state house of assembly voted against the bill, it is currently pending at eleven state assemblies, including Cross River, Lagos, Oyo, Sokoto, Zamfara, Kano and Edo, Bayelsa, Osun, Imo and Rivers.