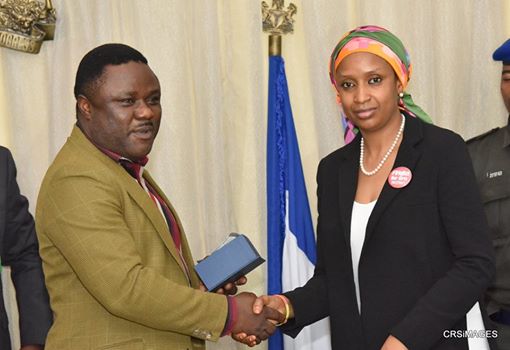 The Federal Government yesterday expressed its desire to reposition Calabar Port to boost the traffic and make it more functional.

Managing Director, Nigeria Ports Authority (NPA), Adeisa Bala Mohammed, during a courtesy visit on the Cross River State Governor Ben Ayade in Calabar yesterday, said it was time to act with precision. It is her first tour of any port facility since her appointment as NPA MD by President Muhammadu Buhari on July 11, 2016.

Mohammed said the visit was to see how the low traffic at the port could be reversed.

Mohammed was, however, silent on the Bakassi deep seaport, but explained that the visit was intended to collaborate with the state government to re-position the Calabar port for effective services, assuring that in no distant time traffic in the port would improve.

Maritime experts have complained of low traffic at the Calabar Port due to its shallow channel, the low canopy bridge at Ikom and the bad Calabar-Ogoja highway that links the northern part of the country.

Governor Ayade said his administration was ready to join the Federal Government in achieving this objective and stated his commitment to completing the Bakassi deep seaport, noting that the project was not in competition with the Calabar port. He said when completed, it would help to alleviate the suffering of the displaced Bakassi people and boost the economy of the state and the nation.

Ayade applauded the gesture of President Muhammadu Buhari, who personally ensured the take-off of the Bakassi seaport project, noting that the president’s gesture was an indication that he is a man of honour and dignity.

Upon completion of the project, Ayade said the people of Bakassi would benefit business-wise.

See more photos from the visit below;