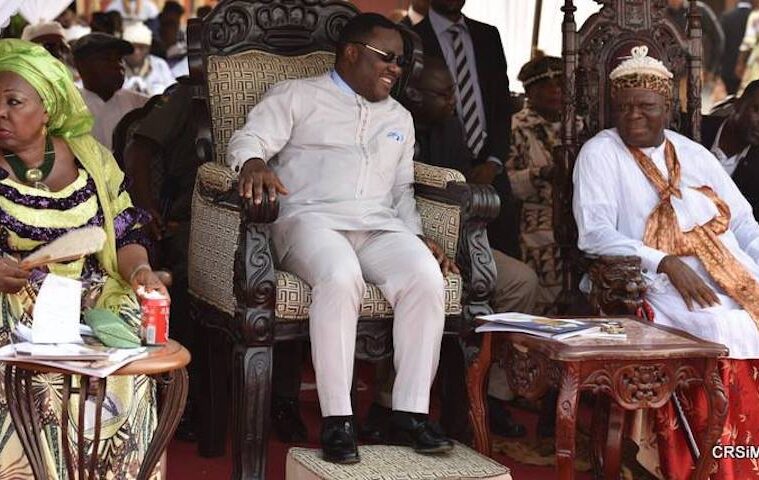 As controversies continue over which senatorial district should produce Governor Ben Ayade’s successor in 2023, the Obong of Calabar, His Eminence, Edidem Ekpo Okon Abasi-Otu V, has endorsed agitation for power to return from the northern senatorial district to the south in line with an unwritten rotational agreement believed to be operational in the State.

He also warned the political class of southern senatorial district extraction against playing the second fiddle to anyone from other districts, and advised that politicians should not allow themselves to be controlled by greed.

The Monarch, who made the remarks in his country home, Adiabo, during the 10th anniversary of the annual cultural homage, Utomo Obong, weekend, said returning power to the south would ensure equity, fairness and unity.

“I appeal to Cross River state people to be united as one. It was agreed, and I holistically endorse, that power in Cross River should be rotational, that means it should return to the southern senatorial district. Let there be no battle over this.

“I recall that in 2019, when there was controversy on whether or not the incumbent should continue, when it seemed all hope was lost, prominent members of the political class ran to me for my opinion and advice.

“I advocated and advised that equity demanded that the incumbent should complete his two tenure just as others before him. I appealed to all to sheath their swords. I thank Cross Riverians that they listened to that advice.

“Let me also advise that nobody from the southern senatorial district should accept to play a second fiddle to anyone. I am not interested in any political party, whether party C, M or N, it is individuals that I am interested in, I mean someone who would take us to another positive level.

“If anyone goes against this arrangement to force himself on Cross River people, God will not allow him to enjoy his stay in this ancestral land. Let us all do the right thing for God to be by our side.

“I appeal to our people to continue to support and work with our government. Do not sit on the fence to apportion blames. If you are not involved, how then do you expect to benefit from the system? I know things are bad but God has powers to change and reposition things and as such we must not loose hope. Better days are ahead,” the Obong stated.

Earlier, the Chairman of the occasion, Prof Eyo Etim Nyong, in a keynote address, charged all Cross Riverians to be “involved and  insist on putting forward quality representatives at all levels to attract greater development to Cross River state.”

Prof Nyong, who is believed to be a governorship hopeful, traced the history of the Efiks from the cradle, and advised Efik people to “stop living in past laurels,” but that they should imbibe the spirit of humility in their dealings.

“Yes, we had attracted so much attention in the past as well as played key roles in governance, education, private sector among several others, but where are we today?

“We must begin to work together as a team, accepting our differences and focusing on contributions towards the growth of the Efik nation and beyond,” Prof Nyong, who is the family head of King Eyo Honesty VII Royal House of Creek Town, Odukpani, stated.