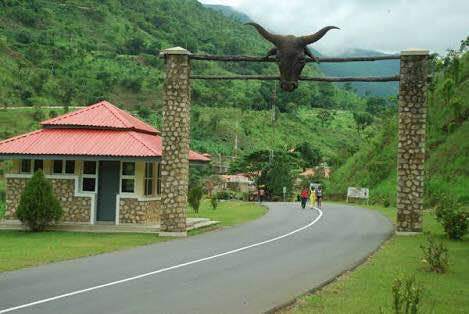 The famous bull head at the entrance of the ranch

The agreement which was entered under a public private partnership (PPP) arrangement was signed on the 1st of march,2018.

In a letter confirming the termination of the contract to the managing director of the company, singed by the commissioner of culture and tourism,  Eric Anderson, read “the cross river state government views your conduct in forcefully taking over possession of the said facility and remaining therein and inciting members of the public against the government as abhorable and intolerable.”

Continuing, the letter noted “also your company has failed ,refused and neglected to comply with or fulfill the necessary preconditions in the said concession agreement.

“Consequent upon the foregoing there, Cross River state government is constrained to, and hereby terminates your contract entered on the 1st day of march,2018;with immediate effect .

“You are to vacate the ranch resort premises and its appurtenances within 24 hours from and including the date of the receipt of this letter. You are to hand over all ranch resort keys,properties and belongings to the appropriate government agent or representative and put the property in the state at which it were before your forcible entry into the resort “. It added.

In a similar vein, the attorney general of cross river state, have petitioned commissioner of police for arrest of personnel of Zedici capital limited for operating illegally at the Obudu Mountain Resort.

In the petition signed by G.I Okem, director of public prosecution for attorney general for justice,urgently called for the prosecution of officials of the company.