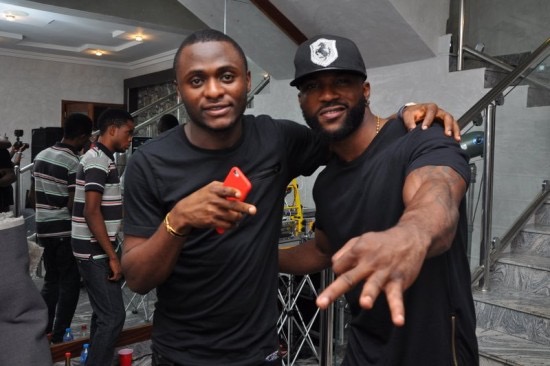 From the moment Iyanya hinted about floating his own record label on July 11, 2016, it was clear that he had finalised plans to part ways with long time business partner and friend, Ubi Franklin and Co-owned label Triple MG.

Though both parties tried to play it as cool as possible, the media didn’t buy it and just yesterday, things have been made official as Iyanya confirmed that he’s indeed moving on to a new phase of his career. He revealed via his Instagram page of his signing of a new management deal with The Temple Management Company (TMC). TMC, a new management company has become very popular as big names in the music industry have trusted their career management to them. The company headed by Idris Olorunnimbe is currently managing Mavin Records and DJ Jimmy Jatt, Bunmi Davies, Funmi Iyanda etc.

Dear fans, I am pleased to announce that I have now signed on with Temple Management Company. About a year ago, Ubi and I discussed options to diversify our business interests and creative visions and we both agreed that we would explore all avenues open to us. So much has happened since and I have now completed work on my new album which will be released under a new record label. With both @thetemplecompany and the new album, I am now embarking in a direction which will not only bring you the same quality, verve and energy that you have become accustomed to, it will take things to the next level. Ubi remains my brother and we both look forward to this new phase of our careers. God bless you all. Ubi Franklin also responded by congratulating Iyanya on entering a new phase in his career. Ubi Franklin who quickly removed Iyanya from his Instagram bio-page responded with a congratulatory message, ‘Congratulations my Brother forever’.