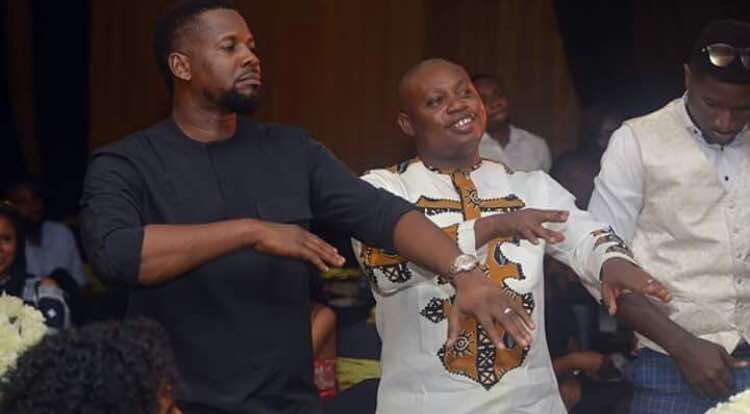 The event brought together industry veterans, artists, OAP’s, DJ’s, Bloggers, entertainers from across the country to celebrate achievements in the music business in Cross River/Akwa-Ibom state in the last one year.

The Director General of Copy Right Society of Nigeria (COSON), Chief Tony Okoroji who graced the occasion, charged entertainers in Nigeria to remain steadfast in the creative industry, as entertainment remains a major contributor to the economy of the society.

In his keynote address on behalf of the host State Government, the Commissioner for Culture and Tourism, Mr. Eric Anderson, charged entertainers to think big, reiterating that the best way to go is by churning out creative materials good enough to place them on the same pedestal with their counterparts in other parts of the world.

Among other winners for the night were;

*Song of the Year – “Skwinik” by Okpo Records Gang.

*Album of the Year – Obong Ekpe by Shanky

*Song Writer of the Year – Usimeke

*OAP of the Year – Duke Emmanuel

*Pop Song of the Year – “Like That” by Tshawn