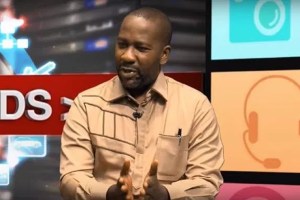 During the past week, a photograph was forwarded to me via Whatsapp. It was of a man holding up a placard with the inscription “BAD politicians are elected by GOOD people who do not VOTE”.

The message in this photograph could not have come at a better time. I spent a considerable amount of time recently looking over the 2015 election results. I was trying to understand what accounted for the level of voter apathy and what the effect of this apathy was on the outcome of the elections. This article borrows its title from that inscription and expresses my thoughts about voter apathy in Nigeria.

Who are BAD politicians?
“BAD politicians” need no introduction in Nigeria. They have dominated the political space for decades. You will find them at all levels of our government. They appear and make themselves accessible during electioneering and become completely inaccessible thereafter. Although they often espouse great ideas and speak with flowery rhetoric, their intentions are seldom pure. They are ruthlessly ambitious and their political ambitions are driven primarily by self-interest. To them, public office is an opportunity to amass personal wealth and grow a war chest to fight for the next position for which they aspire. “BAD politicians” are bad leaders.

“BAD politicians” are the reason why infant mortality, unemployment and crime are high while life expectancy, literacy and income per capita are low. They are to blame for our lack of basic infrastructure and the decay in our social services.

Someone once said that “everything rises and falls on leadership”. In my opinion, Nigeria has fallen on the leadership of “BAD politicians”.

Who are Good people?
“GOOD people” are everywhere in Nigeria. As a matter of fact they constitute the majority of our population. They take pride in distancing themselves from politics. To them, politics is dirty and the further they keep away from it, the cleaner they feel about themselves. They are utterly frustrated about the state of affairs in Nigeria and complain to no end about how bad things are. When they travel to countries where “things work”, they shake their heads in despair for Nigeria.

Most “GOOD people” in Nigeria have very little interest in politics. They consider politics to be dominated by thugs, cultists and thieves and that any form of association with it will be to their discredit. They are convinced that their participation in the political process will have no effect on the outcomes of elections and governance. As a result of these convictions most “GOOD people” do not register to vote and many of those who register do not turn up to vote.

How GOOD people elect BAD politicians
Based on the results of the 2015 general elections, it is clear that politicians (either good or bad) are elected by an average of 29% of eligible voters. In some states, it is as low as 17%. This means that across Nigeria, out of 97 million eligible voters, only about 28 million actually vote.

Think about this, a staggering 71% of eligible voters do not bother to vote. These are the “GOOD people”. If only they were bothered enough to cast a vote, they could easily tilt the balance of power in a direction that provides us better education, health care, infrastructure and social amenities.

By failing to VOTE, these “GOOD people” are indirectly responsible for electing “BAD politicians”.