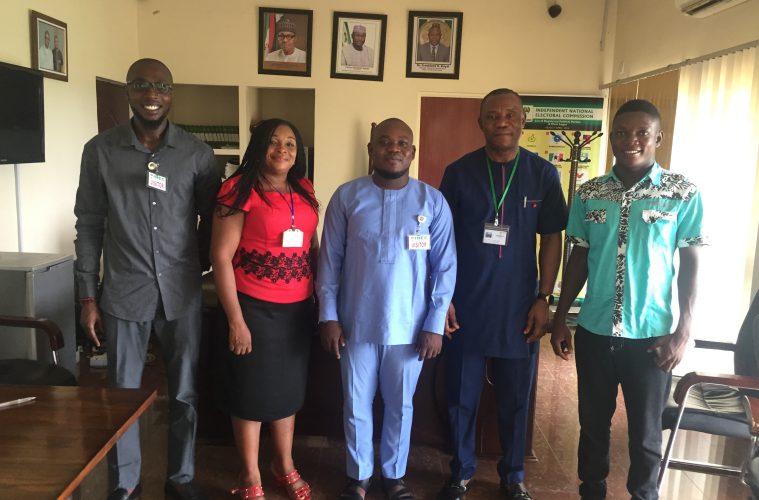 Dr. Frankland made this revelation yesterday while playing host to some members of the Association of Cross River Online Journalists (ACROJ), during a familiarization visit to his Calabar office.

According to the REC, since commencement of the exercise last year, the commission has successfully registered over 188,000 new voters and distributed 5,000 PVC’s.

Also, acknowledging the role of the media in electoral activities, the Resident Electoral Commissioner called on journalists to painstakingly care for details and the facts, cross check and verify facts before reporting. He pointed out that election matters were sensitive matters that if not accurately reported, may trigger negative or violent reaction from citizens.

In his response, the Chairman of ACROJ, Mr. Hope Obeten, emphasized the need for closer interaction and engagement between the media and the Commission, stressing that it would ensure balance and fair reportage in the nation’s interest.

He said: “ACROJ has over 10 active online platforms reporting news from Cross River State, we will continue to maintain professionalism and strengthen the cordial relationship we have cultivated with the Commission”.