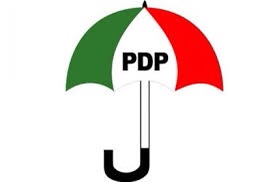 Rising from an extraordinary meeting of the group held on October 14th 2021 in Calabar,Cross River State to examine the State of State and the high level mis- governance being perpetrated in the State, we the members of the PDP Renaissance group, after an exhaustive session came up with the following observations:

1- That the group condemns the deliberate attempt by Cross River State Governor, to continually starve Senior citizens,who spent a greater part of their productive lives in service of the state, only to be subjected to all manner of inhuman treatment through the non- payment of pensions and gratuity to deserving Statesmen.We are also most disturbed over the None implementation of the yearly increment of salaries of civil servants through steps, as there exists a new modus of Selective payments of gratuities since 2014.

The None implementation of promotion even after issuing letters of same to workers and the Unilateral deductions from workers salaries in the name of compulsory payment for laptop computers and other forms Sharp practices in the once reformed civil service is also worrisome.

The Group therefore calls on Government to ensure speedy resolution of all pending issues with Organized labor to avoid total collapse of the state structures.

2-That the group frowns at the continued absence of Cross River State Governor- BEN Ayade from the committee of The Southern Governor’s Forum which has no doubt alienated the State from the various Regional integration processes and interests,especially as it concerns the very teething issues of VAT control, The Southern Agenda to produce The next President come 2023 and the Anti-open grazing Law, culminating into the rising fear of insecurity of Cross Riverians.

The Governor should be reminded, that by simple geography, Cross River is and will remain a veritable part of Southern Nigeria,and therefore calls on Goveror Ayade to retrace His steps, by reintegrating Cross River in solidarity with other Southern States in the common interest of the State and the Region in general.

3-The group also notes with utter dismay,that as at Today,Cross River is still amongst the remaining three Southern states,whose Houses of Assembly are yet to consider or pass the Anti-Open grazing law.

Fourteen States (Traditional APC states inclusive) out of Seventeen Southern States have already implemented the decision of The Southern Governors Forum on the ban on open grazing in their domains,yet Cross River is silent, while the plague of Killer Herdsmen draws close to our borders.

The Group therefore calls on the Cross River House of Assembly to as a matter of urgency,Join the Committee of other Southern states to Domesticate the Anti- Open grazing Law in the interest of regional security.

4-The group further notes,The grand plan by the Cross River State Government, to sell over forty Government-owned assets including the Cross River garment factory, the cocoa processing plant and others,to its cronies and proxies in the name of privatization.

The Governor should know, that we have copious evidence of this purported plan, especially as it concerns the ownership of the ongoing Obudu International hospital, the Canadian school, the teachers Continued training Institute in Biase, which were built with tax payers money and the clandestine attempt to convert the people’s assets to personal properties.

The group therefore, places a ‘ caveat emptor’ on vulnerable,unsuspecting members of the public and conies alike, to steer clear from any transaction with Criss River State Government regarding the sale of its assets as any one or group of individuals will be doing so at their own peril.

5-The PDP Renaissance group also calls on the State Governor, to task Himself on alternative ways of generating revenue for the State,rather than embarking on some futile overseas trips that have no direct bearing on the economy of the state,as Cross River CAN NOT be seen to stand in isolation in the current debate, championed by mostly Southern Governors,on who should control value Added Tax otherwise known as VAT.

7-The Group terms as unfortunate, the desperate attempt by Government to silence the voice of opposition in the State,as seen in the stoppage of Statutory allowances of members of the PDP in The Cross River House of Assembly and The pension allowances of Former Governor’s and their Deputies in The PDP coupled with the continued security threats to members of the opposition Party.

We hereby wish to bring to note, that we shall employ all legitimate means to ensure the safety and security of our members and indeed all Cross Riverians as relevant security agencies have been duly Notified.

8-While we await the determination of the court on the issues bordering on the legality of defection of The Governor and some members of the Cross River House of Assembly to the APC, we call on our teaming supporters across the state, to remain calm in the face of all the provocations by Government and it’s cohorts,as we assure them that “The Egyptians you see today, we shall see them no more” come 2023.