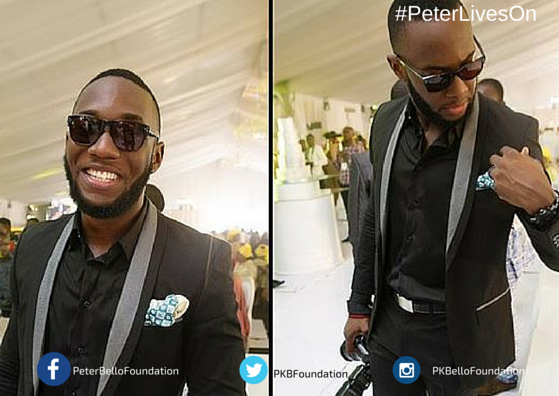 The Peter Bello Foundation is a non-governmental organization committed to spreading the message of hope and giving young people the opportunities and support they require to live their dreams. The foundation believes that greatness lies inside of everyone and it is our collective responsibility to offer support and give young people wings to soar!

Set up in remembrance of our Son and friend, Captain Peter Kayode Bello who was the co-pilot of the ill-fated Bristow Helicopter that crashed on August 12th 2015 in Lagos,Nigeria.

The Foundation is pleased to announce the inaugural edition of The Peter Bello Anniversary Week scheduled to hold between August 8th – 12th   2016. The Anniversary Week is billed to celebrate the life and legacy of its Founder, Captain Peter Bello as we further strengthen Foundation’s key intervention areas. Activities planned for the week include: