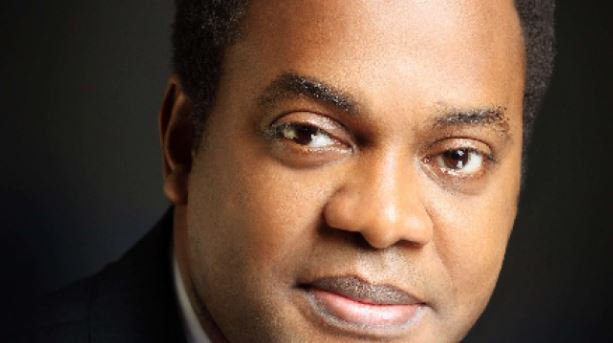 Donald Duke, former governor of Cross Rivers state, is unhappy about the present crop of politicians, and he has described them as “jobbers and padders”.

Speaking in Abuja on Wednesday at programme organised by the Kukah centre, themed ‘From activism to political power: the challenges of democratic governance in Nigeria’, Duke also criticised the “change” being offered by the current administration.

The forum featured Adams Oshiomhole, the governor of Edo state, as the major speaker.

“Sadly, politicians in our society are jobbers and padders and apply the word change,” Duke said.

Read the transcript of the former governors remarks below..

“Sadly, Politicians in our society today are mostly jobbers and budget padders, advocating for themselves and not society. They cleverly and surreptitiously apply the word Change, I, of course, won’t use the word because as a member of the PDP or what’s left of it, that word change dey do me wan kind.

“However, improvement is constant. Not being satisfied with how society is and seeking to better it, advocate improvements not change. Don’t forget in 1966, we had a change, a violent one, from a democracy to military, so change is not always the way to go. As for the change we dey so, time will tell…

“Improvement on the other hand is universal and a constant pursuit.

“The Civil activist unfortunately usually styles himself apolitical, lest he be accused of being Partisan, which in his view may blunt the thrust of his activist sword. But he forgets taht things dont just happen.

“Articulating and stomping is good for human consience but at the end of the day it’s just that, all talk….

Similar to a teacher espousing rhetoric to students in a classroom and when the bell tolls for the next class that’s it, the students move on….