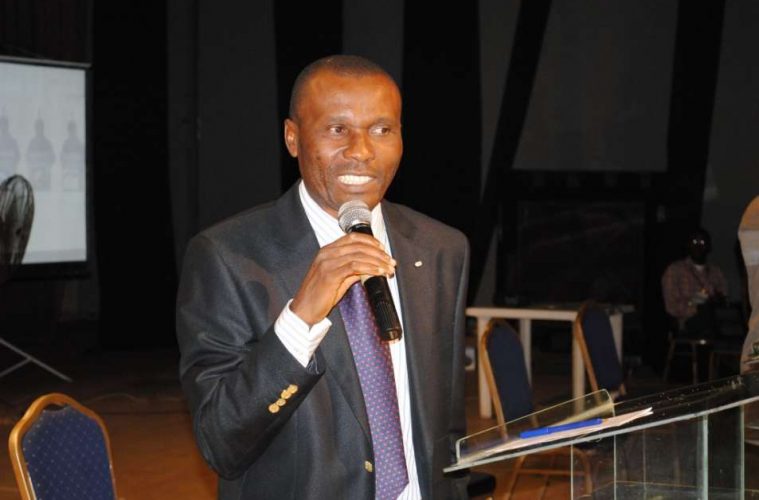 The Minister of Niger Delta Affairs, Pastor Usani Usani, has been suspended indefinitely by the Cross River State Chapter of the All Progressives Congress (APC).

Aside from announcing his suspension, the state chapter of the party also recommended to the national leadership of the APC that Usani be expelled from the party for engaging in anti-party activities.

However, an initial attempt to announce the suspension of the minister at the state APC secretariat was disrupted by some aggrieved members who felt the decision was unfair to the interest of those they referred to as the party’s founding members.

The protesting members ordered journalists out of the secretariat, and even threatened to smash the camera of one of the reporters from a private television.

Some chairs at the party secretariat were broken by the protesting members who ensured that the journalists were not briefed at the venue.

The venue of the press briefing was shifted to another place in town where the acting chairman of the party, Sir John Ochala, who was in the company of the South-south Vice Chairman, Ntufam Hilliard Eta, announced the decision of the party against Usani.

Addressing journalists later at a separate location in Calabar Ochala said the state chapter of the party was exercising the powers conferred on it to suspend the minister whom they said was being penalised for engaging in acts of indiscipline.

Ochala stated that since the state chapter of the APC lacked the powers to expel the minister, they have recommended to the national leadership that he be expelled.

He said the party indicted Usani for being in the habit of organising illegal meetings thus promoting division between members even after several efforts to reconcile their differences.

Ochala said the meetings organised by Usani were illegal, and not in the best interest of the party in the state. He stated that one of such illegal meetings bordered on the alleged desire by Usani to install a state chairman of the party that would be doing his bidding alone.

“We had an emergency meeting which had to do with indiscipline among some other issues within the party. Majorly, what we took in the meeting had to do with the formation of caucuses across the state, and also the issue of indiscipline which is fueled by the Minister of Niger Delta Affairs.

“With the powers invested on the state working committee, we had no choice but to invoke the tenets of the constitution which is the suspension of the Minister of Niger Delta Affairs and recommend his expulsion to the national,” Ochala said.