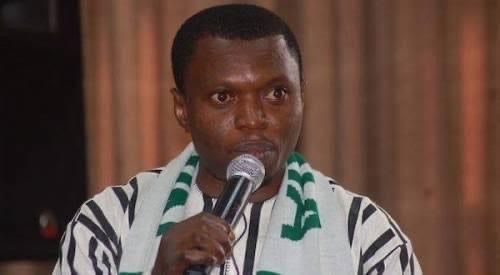 Nigerian Journalist, Agba Jalingo who risks a death sentence if convicted of alleged acts of terrorism and treason over a newspaper publication will join other panelists virtually on May 1, 2021 to discuss capacity building for public defenders of press freedom.

The panel discussion which will hold in Namibia is part of activities to mark this year’s edition of the World Press Freedom Day which is celebrated annually on May 3rd in honor of the Windhoek Declaration for the Development of a Free, Independent and Pluralistic Press of 1991. The declaration will be 30 years in operation during this year’s celebration.

The theme for this year’s celebration is “Information as a Public Good.”

Sponsored by Forbes, Al Jazeera, the Committee to Protect Journalists and the International Women’s Media Foundation, Mr. Jalingo will join the panel discussion with the title; “Creating champions: cultivating and capacity-building for public defenders of press freedom.”

In a statement shared on Wednesday evening, Mr. Jalingo quoted the organizers as saying the panel discussion was necessary as “experts from a range of backgrounds and experiences will explore questions about impact in press freedom advocacy – unpacking what works, what’s changing, and what we can do to inform and ultimately galvanize the public in support of the free press,” adding that it was vital, “for those deeply entrenched in the freedom of expression realm, when a journalist comes under threat, the stakes are clear – and the victories, when they happen are hard won.

The statement further read: “An iconic photograph of two Reuters journalists walking free after years behind bars in Myanmar, a rousing speech by Maria Ressa on a global stage, an unprecedented legal victory by a Brazilian journalist taking on the son of the President for vicious online trolling.

“From prison releases, to the repeal of damaging laws, to securing justice for those killed in the line of duty, these moments of impact are often the result of coordinated, sustained campaigns and advocacy efforts by international civil society, regional and local organizations, and international bodies like UNESCO. In recent years, the news media organizations – from Forbes, to Al Jazeera, to Mexico’s Riodoce, have become increasingly vocal champions of press freedom – recognizing that their role in informing the public and speaking truth to power can only be realized when journalists can work without fear of reprisal.

“These efforts and the demonstration of solidarity they provide are central to defending the public’s right to be informed. But how can we build better information literacy around not just media content, but around media safety? What should the role of the media be in promoting press freedom? And what can we learn from the successes about how to better engage, and encourage involvement from the public when press freedom comes under threat?”

Mr. Jalingo who runs a local Newspaper based in Nigeria’s southern port city of Calabar had in July 2019, published an article wherein he demanded the whereabouts of the NGN500 million approved and released by the Cross River State government for the floating of the State’s Microfinance Bank.

He was subsequently invited by the Police to answer a petition bordering on the article but was arrested in a gestapo styled operation on August 22, 2019 at his Lagos residence, a few days to the rescheduled Police invitation date, and driven over 750kilometers to Calabar – a journey that lasted nearly 26 hours.

He will then spend 32 days, detained at a Police black site facility before he was arraigned at a Federal High Court with four charges bordering on Terrorism, treason and treasonable felony as well as cultism and attempt to topple the Cross River State government.

Denied bail twice by Justice Simon Amobeda who later recused himself after an audio tape leaked wherein he said Jalingo’s fate lied in his hands, Jalingo was eventually admitted to bail by Justice Sule Shuaibu on February 13, 2020 but was released on February 17th of the same year.

Since then, no progress has been made on the case with the next hearing slated for April 20, 2021 after the Judge failed to turn up to hear the case on March 1.

Amnesty International declared him a prisoner of conscience. Also, the #OneFreePress coalition listed Jalingo as one of the 10 most urgent cases of threat to press freedom in October 2019, an action which when reported by The Times, was described as “gutter journalism” by the Cross River State Government.