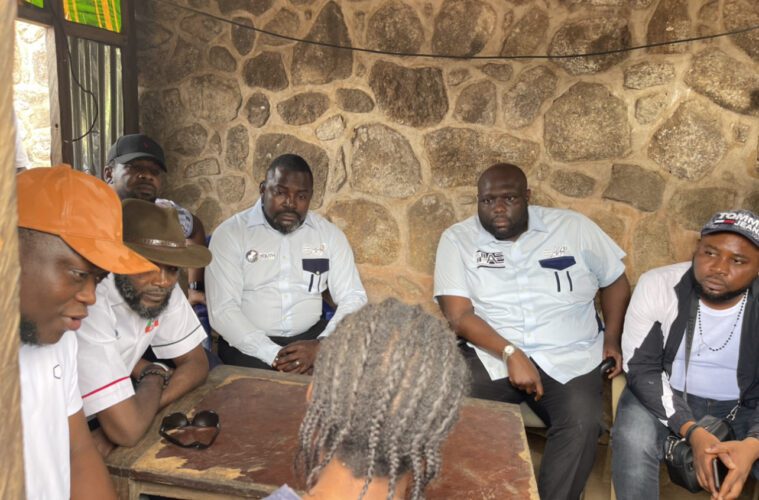 7 views
News0 Comments7 views 01 min read
On the morning of the 6th April, there was an unfortunate incident involving a bus carrying some members of the Cross River State Lobby Group Tour.
The bus which had just descended from the Obudu Mountain Resort had stopped at the bottom for about 20 minutes by the resort gates. As the bus resumed the journey to Sankwala, the brakes of the bus failed and swerved into the mountain wall, unfortunately hitting a bike rider, Mr Louis Odene, a staff of the Obudu Ranch Resort.
The bike rider, Mr Odene as well as passengers on the bus, Which Includes some members of the media and others who had sustained varying degrees of injuries, were immediately evacuated to the 2 cars that were behind the bus and were taken to the nearest hospital were they were treated. While all the other victims are currently in a stable condition, most regrettably, Mr Louis Odene passed on while in the operating theatre.
The other members of the group including Mr Asuquo Ekpenyong were well ahead and in a different community at the time of the accident but on hearing of the incident immediately suspended their activities that morning and returned to the scene and eventually the hospital.
The members of the lobby group paid a condolence visit to the family of the deceased on the day of the accident and the morning after. They also met with the management of the Resort, the clan head and members of the Ranch Community.
Mr Asuquo Ekpenyong while engaging with the community has committed to providing a full scholarship to university level to the children of the deceased.
We deeply mourn and grieve with the family as our hearts and prayers are with them at this trying moment.
May the soul of the deceased find peaceful repose in the Lord.
Signed
Offiong Onoyom
For Cross River State APC Youth Lobby Group
Join the Conversation!