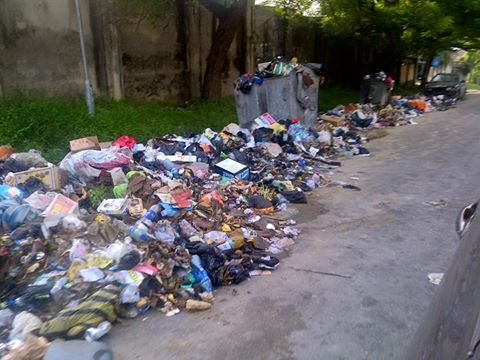 The Commissioner for Environment, Cross River State, Engr Mike Eraye, has given reasons why Calabar, the state capital is dotted with uncleared refuse bins.

Eraye made the disclosure in his office during an interview, promised to clear the streets of Calabar of refuse in few weeks.

The commissioner also disclosed that government has invested N1.5 billion in procuring compaction trucks for the management of refuse across the state’s urban areas.

According to Eraye, some of the challenges impeding prompt refuse evacuation include inadequate refuse management, wages owed to workers, poor state of machinery, poor management and disposal as well as misuse of bins supplied to homes and overwhelmed waste dump site.

He continued that poor funding occasioned by the decline in the monthly allocation accruing to the state also affected effective refuse disposal.

In the interim, Eraye explained that while still expecting the Hiap compaction to arrive, the state government has provided 30 tons open trucks in place as palliative measures to manage the situation.

The commissioner stated: “What I’m doing is to deploy 10 tons truck and 30 tons open trucks to visit house to house pending the arrival of the equipment, we have ordered.”We’re at the point of transition from the low ebb to the point out; equipment would soon arrive; we have strengthened workers spirit too.

“It’s multimillion naira equipment; the projection we had was quite high, we needed about N1.5billion. The equipment we have ordered are being processed and managed by specialized agencies outside this ministry because this ministry did not have money to fund it directly.

“We went through complex arrangement, which are being handled by many agencies of government; the clue I got was that the process has reached an advanced stage, I’m yet to get a firm statement on that. We have narrowed down to type of equipment required. Over the years the state has enormous experiences in this field, but the economy has not supported the idea and has made matters more difficult,” Eraye narrates.

He pointed out that his ministry had been recently hit by some setbacks in managing refuse in the streets especially Calabar, the state capital adding that “Refuse was seams to overwhelm and undermine the clean-street-record the state was known for in the past dispensations”

On the state’s plans to recycle its waste for economic benefits, the commissioner revealed “what this administration plans to do is to get into waste to wealth, waste to energy.At the high end of waste management, we are seeking interventions of private investors who are ready to put the structures down.

“As at today, we’re trying to acquire sufficient land space that would accommodate investors who would come and take interest in difficult aspects of waste management; some would go to manure, some would be recycled, any other item we cannot use immediately can go for incineration”

On the current state of the dump site, which he earlier said was overwhelmed, Eraye admitted that it is almost filled and is managed daily through a cumbersome and expensive process and announced that other dump sites are being considered and best practice for acquisition of such places would be look into.