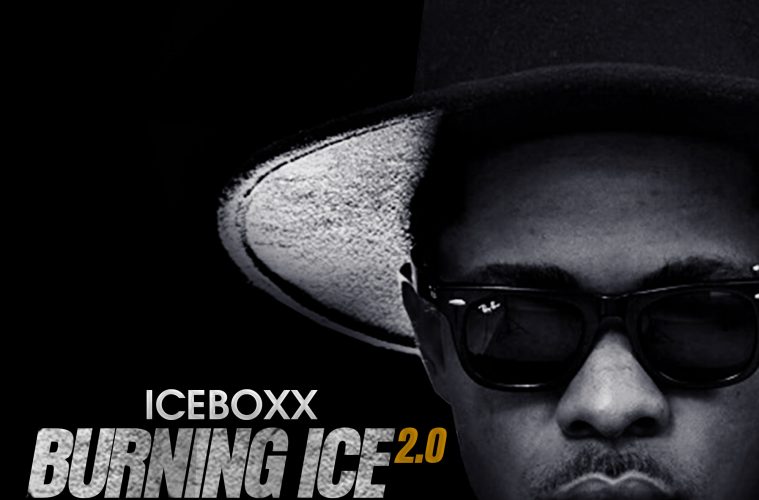 Assimilating the content of a professional lyricist is one awe-inspiring experience every music freak will adopt as a positive addiction. BURNING ICE 2.0 [Tha Mixtape] is evidently a masterpiece collection that would practically accumulate laurels into an empty shelf.

Factually, the examination of an in-depth experimental rap album might be somewhat herculean; especially when the creativity infused in its production is cruising towards 101% [still counting]. However, a constructive and evaluative review would be perfect for Calabar’s most expressive rap album: BURNING ICE 2.0.

The fusion of poetry and musicality came glowing when formulating the album nomenclature. A semantic connotation of deep meaning with two opposing forces [FIRE and ICE] was adopted, bringing to bare Iceboxx’s creativity that conglomerates entities with different status-quos [fire 100ᵒc, Ice 0ᵒ and music ∞ᵒc].

BURNING ICE 2.0 spelt a dual functionality that says: “The lyrics are hot, the beats are flaming, the deliveries are awesome, but you can still chill with it…” drawing a conclusion that Miracle ‘Iceboxx’ Etowa’s choice of naming this serial masterpiece is indeed perfect as it sync with his stage name and art.

Icebox Etowa is un-arguably synonymous to good music, expressive inn his rap style, and making hit tracks is not a new venture for him. According to Strategy Beat, a music producer: “Iceboxx is one dope music maker, blessed with creativity, and knows what good music means.” This could be fathomed through his previous works like Calabar swag and Umbrella ft. Teego, Black Eminem and especially his spicy support on rave-making Chi Chum Chin just to mention a few.

With a multi-dimensional approach to rap music, Iceboxx has indeed given the music industry in Calabar a modernized lift into national lime-light. “He can jump on any genre of music, and will still spill-out a hit-track thereafter.” Gwayne attributed.

Furthermore, an in-depth analysis of the rapper’s musical nature has proved how versatile his approach to music had been, will be and would always be. Mr Crown ascribed his musical nature to be, “A hit-maker with spiritual jams.”

While objectively listening through every hooks, punch-lines, strings, kicks, vocals and supporting features of Iceboxx’s BURNING ICE 2.0, most outstanding and pronounced contents were duely expressive thereof, with the lead character playing multi-faceted roles.

The 14 tracks album had a great deal of supporting acts to grace its content, ranging from Erigga, Hydra, Ajebo Hustla, Silver, Jonny Cage, Gwayne, M-Honyz, Dj Ranny, Major, Zoddy, Kleezy and an audio skit from Efa. All tracks would pass for a hit [Based on preference of genre], most fascinating is the introductory track, ‘No problem’. Perfect to start-up a creative-inclined rap collection. Ø  The adoption of diverse genre of music made the content a masterpiece. ‘Ganjaman’ ft. Silver was a mind-blowing ragga piece.

Ø  Lyrical delivery was off-da—hook. Iceboxx’s ‘No problem’ and ‘Use your head’ ft. Erigga blazed the album the album with a lyricist ideology.

Ø  Black Eminem, as he ascribed to himself, intentionally spelt-out his vastness in voice tonation. Most tracks unveil his vocal to be similar to MI, Falz or Eminem, but unique in all sense.

Ø  Performance quality of the tracks sounds professionally mixed and mastered.