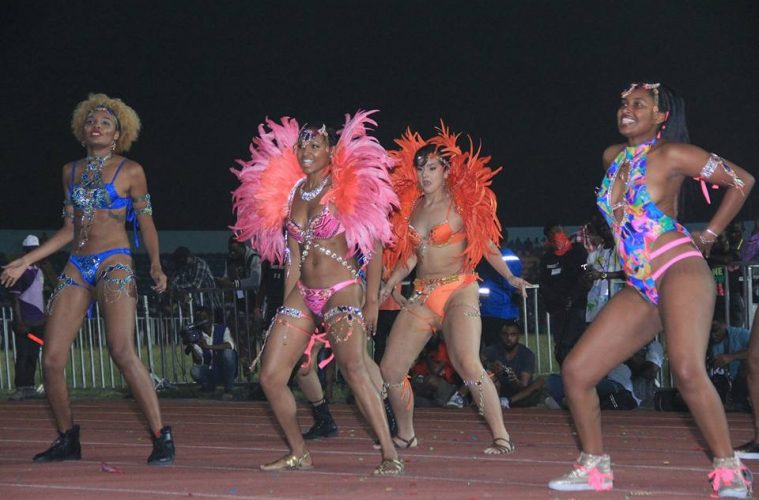 REVIEW: MANY SHADES OF CALABAR FESTIVAL/CARNIVAL 2017

Since 2004, when former Governor of Cross River State, Mr. Donald Duke, introduced the Calabar Carnival, as part of activities to mark Christmas celebrations, the quality of the celebration in the state has dramatically changed and from its humble beginning, it has now become an international event, which several countries take part in.

Hitherto, the state used to package it as a month-long event, which usually begins from November 30th, with the switching on of the Christmas tree. On the timetable, the needs of locals and tourists were adequately served.

When Senator Liyel Imoke took over in 2007, he sustained the tempo and even introduced the mountain race, which boosted the celebrations, and attracted tourists and elite athletes to the state.

However, since Senator Ben Ayade mounted the saddle as governor, he shrank the hitherto month-long festivities to just one week christened the ‘power week’, and without a detailed timetable as was the case.

The 2017 edition, with the theme “Migration,” did not start with the usual tree-lighting, but the Christmas Village at Calabar Municipal Council was in place right from December 1, and thousands had fun buying and selling.

Other events that were part of this year’s celebration were the display of major Cross River State and some African cuisines, which was coordinated by Senator Florence Ita-Giwa. There was also the Calabar Carnival Bikers Parade, and motor race, which featured exotic cars; Black Music Festival, Miss Africa Beauty Pageant; the main carnival float and the international carnival, as well as the Green Carnival.

The Black Music Festival, a new addition to the festival calendar held on 26th December and coincided with the Governor’s Ball held at the Governor’s Lodge on same date. Again, one will wonder why these two high profile events should be jam packed in one day for a 32-day long festival.

Some of Nigeria’s most wanted artistes like Iyanya, Styl Plus performed at both events while Davido and Flavour were conspicuously absent after being advertised to perform.

On December 27th,  Ayade and Duke wowed the crowd with their exotic bikes in the bikers’ parade, which featured over 250 bikers from Nigeria, Togo and Morocco. Showboating Ayade participated with his Red Scorpio Tricycle, after displaying his vintage convertible car earlier in the day.

During the Miss Africa contest on 27th Night, Ayade, called for the integration of the African continent, reasoning that it should work as one country in order to facilitate development, and urged Africans seeking greener pastures to return and help build the continent.

Ayade whose speech centred on migration, said it was made to draw the attention of the world to the problems of illegal migration bedeviling the country and other African countries today.

He said: “Today in Calabar, we have people from the United States, Germany, Mexico, Sweden and others celebrating with us in this carnival; we want to tell them that Africa is so rich. Sometimes we begin to wonder why we have young Africans going through Morocco, the Mediterranean Sea, Sahara desert and all these difficult routes to find themselves in Libya, where they are being used as slaves and treated as sub-human beings.”

He said the carnival was to “tell the world that Africa is the richest continent. Africa is blessed; we have everything; and we have no reason, as young men and young women to struggle to leave the African continent. We are telling this story of pain, melancholy and frustration that indeed, the best place you can be is Africa.”

Some of the beauty queens, who decried why Africans should engage in illegal migration, urged youths to stay back in their countries and get the best of them.

They equally urged African leaders to provide an enabling environment, create empowerment programmes for their youths, just as they described illegal migration as second and modern-day slavery.

At the end of the contest, which is in its second year, Gaseangwe Balopi of Botswana emerged the winner, and took home $35, 000 and a Ford Edge Sport Utility Vehicle.

Miss Rwanda, Fiona Naringwa and Miss Luyolo Mngonyama of South Africa were first and second runners-up in that order, taking home $10, 000 and $5, 000 respectively.

The carnival despite having the largest crowd-ever has been widely viewed as a flop considering the fact that tourists and visitors seemed not to have enjoyed the carnival float.

Signs of trouble began to show when an announcement the night before said all bands were to muster at 11-11 Roundabout, instead of having the five competing bands of Passion 4, Bayside, Freedom, Masta Blasta and Seagull muster at five different points along the 12 kilometre carnival route, a development that affords everyone the opportunity to watch at least three performing bands within a span of four hours.

The first non-competing bands arrived at the U. J. Esuene Stadium at 12:30 a.m. on Friday, and by 6:00 a.m., Passion Four Band was yet to perform. By this time also, all the revelers were tired, frustrated and too weak to continue.

Pop sensation, Patoranking threatened to leave when he was called on stage to perform and after his performance, about 80 per cent of the audience members departed, leaving behind a scanty stadium for Passion 4 Band to perform.

By some minutes past 7:00 a.m. on Friday, Mr. Gabe Onah, who heads the Cross River Carnival Commission announced the winning band before a scanty crowd at the stadium, as some of the revelers had stayed awake for 25 hours as at 8:00 a.m. that Friday morning.

On December 29, the international carnival, which many looked forward to with excitement featured unique performances from over 20 countries including United States America, Brazil, Jamaica, Trinidad and Tobago, South Africa and many more.

Italy, Mexico, France, Croatia, Ethiopia, Lithuania and others performed in the international carnival, but it was performances by contingents from the USA and South Africa that were culturally shocking, and got some eyes popping, while that of the Kenyans was typically African.

The troupe from Brazil emerged winners of the competition with 790 points. South Africa were second with 757 points while Ghana came third with 742 points.

The International carnival was the climax of series of activities that attracted thousands of audience at the full capacity U.J Esuene Stadium.

While some female participants from the United States and Kenya were scantily clad, their counterparts from South Africa put their breasts on display. This attracted scathing criticisms from some attendees and citizens alike, who are not at home with the idea of public display of nudity.

Some wondered at the rationale behind Ayade’s cancellation of the Obudu Mountain Race, which he said was because the state was spending so much money, but without any benefits to the people, as Nigerians were not winning the event.

The critics were also quick to point out that the same government is spending as much money on the Miss Africa beauty pageant which they allege was glamorising nudity and no Nigerian has won or made it to the top finalist since inception.

Generally speaking, the carnival lacked coordination and crowd control was poor, while security operatives were clearly overzealous. Some spectators, who have been part of the carnival for over five years said they did not enjoy this year’s outing because performances/displays were mainly done at adjudication points that were heavily crowded.

In addition to that, because of the new arrangement, they had to wait for lengthy periods before the next band showed up to perform. Consequently, most people that lined the carnival route only ended up feeding their eyes on tired carnival revelers trekking down the road instead of dancing.

Again, millions of viewers at home could not catch up with the carnival parade on DSTV because of the late kick off which caused the cable network to shut down its cameras at night and resumed at the stadium.

Ekomobong Akpan, a resident of Sokoto, who was in Calabar for the festivities rated the carnival as “barely considering that expectations were very high as a result of the frenzy created around the carnival. But these expectations were really not met and the planning was a bit off the mark. Most people came in to enjoy the spectacle and to take photos, but because of poor time management, and the late commencement, the carnival suddenly ran into the night. Given the fact that the show has been on for more than a decade now, better planning would have been done.”

But for another visitor, Mr. Nosakhare Ehiarinmwian from Benin, Edo State, “the carnival was really interesting, especially the attire worn by members of the respective bands. I equally really enjoyed the bikers’ parade, which I considered a very stylish addition that has the power to attract much more bikers in the years to come from within and outside the country if sufficient awareness is created.”

“If people are invited and the state government spends money to bring them down here to be part of the carnival, then that is not tourism. If people spend all their time, save money and come to witness carnival and do not have proper places to sit or proper value for their money in terms of what is offered to them, where they can spend money, and they go back with the money in their pockets, that is not tourism. When people come and check into hotels and restaurants that are less than ready for such crowd, rather than the people enjoying themselves, they go away with agony in their hearts, that is also not tourism. When you have security officials flogging attendees with horsewhips and even injuring them in the name of crowd control, that is not tourism. So, a lot needs to be done in these aspects.

“The regulatory component of the event has to step up and government has to know that as it’s spending money to build the bands, they should also spend money to build the ancillary or augmenting products of tourism. For instance, make the sites and attractions around Calabar to be visitor-ready,” he advised.

However, the Special Adviser to the Governor on Event Management, Mr. Ken Aklah, described the carnival as a huge success considering the unprecedented crowd that turned out. “The crowd turnout was very impressive even though we believe that time management was a little constrained since we returned mustering to the central point. Because of that, a lot of people ended up seeing the first carnival a bit late. But in terms of crowd response, it grew tremendously, and this shows that people are gradually getting entrenched, and believing that the carnival is one place to be at this time of the year.”

Commenting on the overzealousness displayed by security operatives, Aklah said, “Yes, I cannot say that we got everything right, even though these security operatives are trained. We have tried to let them understand that they don’t need to use horsewhips on crowd members because tourism is about getting people interested in what you are doing, and not coming to push or shove them around. Accepted there would be instances like that because the crowd almost overwhelmed everybody, but any such ugly incident is highly regrettable.”