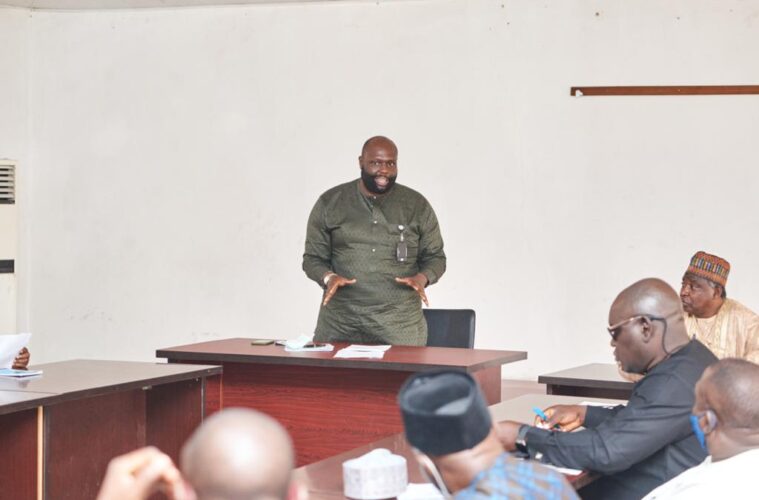 The Revenue Mobilisation Allocation and Fiscal Commission, RMFAC team led by Alhaji Muhammad Kabir Usman, Federal Commissioner representing Gombe State on Monday visited Cross River State on a sensitization engagement and the need to provide quality data for the purpose of the review of revenue indices used in the sharing of the Federation’s monthly allocation to the Federal Government, 36 States and the 774 Local Government.

According to him, the Commission had done verification exercise in 2018 and all the data that was collected across the country were found to be very spurious, there were a lot of mistakes, discrepancies and inflated data.

“We don’t want any Local Government or state to cheat another local government or state in the federation. We are for equality, we are for justice, we are for fairness. That’s why we are giving all the states and local governments fresh opportunities to assemble their data, so that when we come for the state verification exercise and analyze them we will be giving each state of the federation what is due to them appropriately; He said.

Cross River State Commissioner for Finance, Mr Asuquo Ekpenyong Jr  disclosed that every five years there is a routine review of the allocation indices on which the federation account distributes money to the three tiers of government, and across horizontally to the 36 states.

“So today, we have a team from Abuja from RMAFC headquarters led by the Federal Commissioner from Gombe who has come here to do the sensitization. They have engaged with MDA’s which cut across the ministry of health, the whole health sector including the Primary Health Care Agency, the Ministry of Education/SUBEB, Ministry of Finance, the Internal Revenue Service, the Auditor General Office and office of the Accountant General.

According to him the last indices review was in 2018, however, alot of states, excluding Cross River did alot of fraud to manipulate their data. He noted that Cross River State was not one of them, but because there was a lot of corrupt data involved in that exercise they decided to scrap the exercise entirely, and now for the first time, the RMAFC have decided to embark on a sensitization tour of all the states in Nigeria to ensure that they are well informed as to the guidelines in the collection of these data, and the collation of such data, so that there will be integrity in the entire process.

“We believe that at the end of this we would be taking Cross River State allocation upwards after the collation exercise; He said.