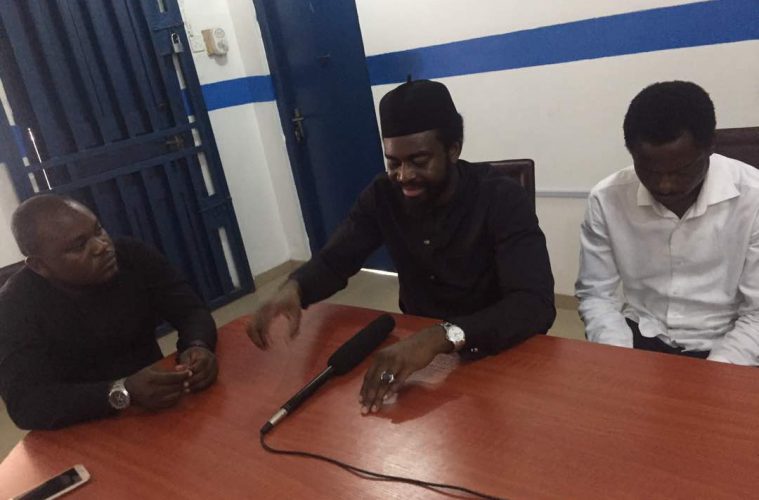 Prince Edward gave the commendation while speaking on Friday when he paid a courtesy visit to the Secretariat of the Association of Cross River Online Journalists (ACROJ) in Calabar.

According to ‘Prince 7’ as he his popularly known in the social circuit, the son-in-law to former President Goodluck Jonathan, noted that, “Online Media has changed the narrative of Cross River State for the better, with accuracy and objective reportage and has given us a voice, where the traditional media, have failed either by omission or commission.”

He reiterated his commitment to partner with the association towards the development of the State.

Prince 7 used the opportunity of the interactive session to highlight his achievements in office as Special Adviser on Youth Affairs, stating that he mentors several youths and does a lot of public speaking at youth fora, particularly in Cross River State.

According to him, he has successfully organized sporting and poetry competitions for youths, in addition to grooming talented dancers for competitions at international arenas. He mentioned that he uses his personal resources to accomplish most of his official assignments. Narrating his sojourn in life, he said that “I rose from nowhere to where I’m today by his grace. I was not inspired by many.  I don’t complain about certain situations rather I look at how we can solve problems.

I believe among every young person, there’s something inside of them which is hope. While we develop infrastructure, government should invest more in human capital development.

In this street of Calabar, I was a dancer. I have sold wristwatches. I didn’t collect loan to build Eddyliz. When I left school, instead of complaining like other people, I said I wanted to help government create jobs. When I sold wristwatches in this town, I never bought any from outside this town, I hadn’t a shop but today I’ve more than 40 persons working for me.

The businesses I do today are things I was looking for people to help me do when I started but got no helping hands; that’s why I help any young person that comes to me because I want to encourage and inspire them”.

Prince Edward said that he has passion for youths and realizes that unemployment is a big challenge for youths, especially in his constituency where communal conflict is rife.

The Special Assistant announced that he is making consultations, in a bid to vie for election into the Federal House of Representatives. He belongs to the Peoples Democratic Party (PDP) and intends to represent Abi/Yakurr Federal Constituency.