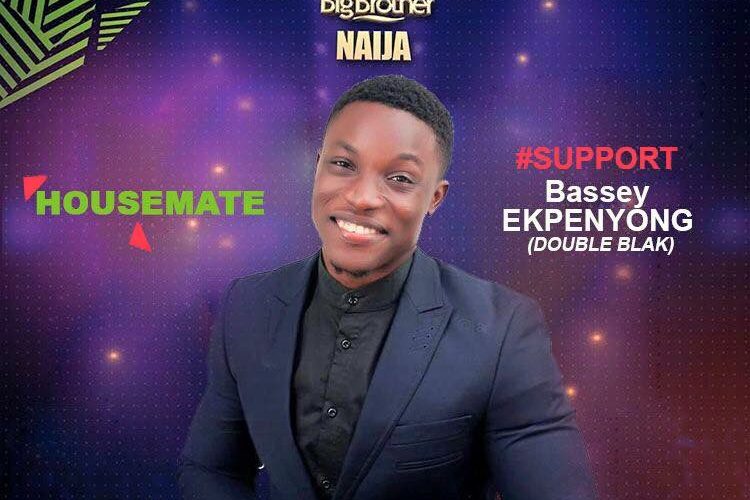 Now here’s a good reason to be glued to channel 198 on DSTV and channel 29 on GOTV as our homeboy from ‘Cali City’ Bassey Ekpenyong is live in the Big Brother Naija – See Gobbe!

On Sunday, Housemates expected an eviction on the on-going Big Brother Naija show, but they were pleasantly surprised as not only was there no eviction, they also got two more people in the house. The two were introduced during the live show anchored by Ebuka Obi.

First runner-up in the third edition of Nigerian Idol, Debbie Rise and our homeboy Bassey Ekpenyong a.k.a Double Black are the new additions to the Big Brother Naija house. Bassey Ekpenyong and Ebuka Obi during the live show

Bassey, Ekpenyong is a native of Creek Town in Odukpani Local Government Area of Cross River state.  He occupies the second position in the family of five – safe to say the neck behind the children’s head. He is the immediate younger brother of seasoned broadcaster, Effiong Ekpenyong a.k.a Double E.

He graduated from the department of Theatre and Media Studies of the University of Calabar and he is a seasoned entertainer, which makes us hope he’ll be fluid on reality TV.

People! Bassey Ekpenyong is our own and let’s make this work by voting for our own. Let the campaign begin! Follow him on Instagram @Teambasseybbnaija2017  #TeamBassey #TeamCrossRiver