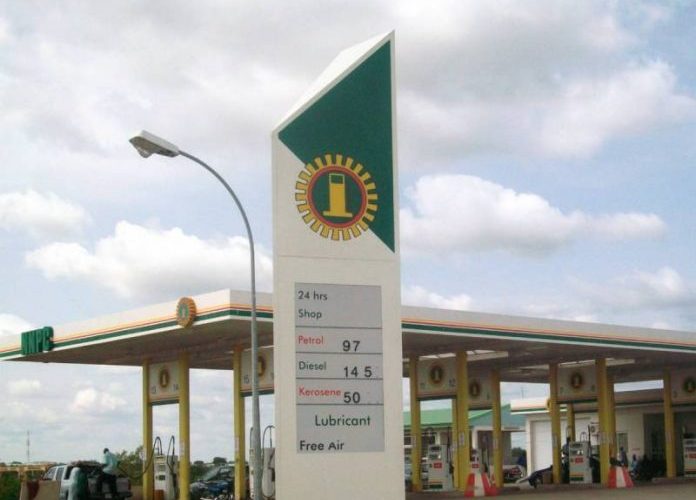 The Federal Ministry of Industry, Trade and Investment has sealed the Nigerian National Petroleum Corporation (NNPC) mega station in Calabar for selling inaccurate litres of fuel to members of the public.

This is even as it sealed Basumouh, Hyde and Darell-B filling stations.

Engr Ibrahim Isah, Head of Weights and Measures, a Department under the ministry, who carried out the inspection across filling stations in Calabar, expressed shock over the nefarious activities of some oil marketers in the state.

While sealing the NNPC mega station, Isah said that his mission to the state was to check the accuracy of dispensing pump and to find out if oil marketers in the state had paid their statutory fees.

He added that the NNPC mega station which was supposed to take the lead in dispensing accurate litres of fuel to customers, was leaving below expectations.

“My surprise is at the NNPC mega station, we found out that at each pump of 20 litres delivery, they are short-charging customers at minus 1.1 and 1.3 litres.

“That shows that if you buy 20 litres from the mega station, they are only giving you 18.9 and some are giving you 18.6 litres. For this to be coming out from a big station like NNPC is condemnable.

“Other filling stations are also involved in the bad act, but the one of NNPC is the worst.

“Some customers may be deceived that NNPC is dispensing accurate litres, but the reverse is the case because all their 20 pumps are not accurate except one.

“So far, we have visited over eight filling stations in Calabar metropolis. We have sealed just two and the exercise is ongoing,” he said.

He told newsmen after the inspection that some filling stations that were found wanting have been given a warning letter, adding that they have to write and undertaking stating that they will re-adjust their metres accurately.

“We equally warned Tonimas Petroleum Limited to put their pump in order or face the necessary actions,” he added.

He urged petroleum marketers in the state to pay their verification and statutory fees, adding that the present administration was serious about revenue generation.

He added that failure to pay the statutory fee will attract necessary sanctions on the side of the offenders.