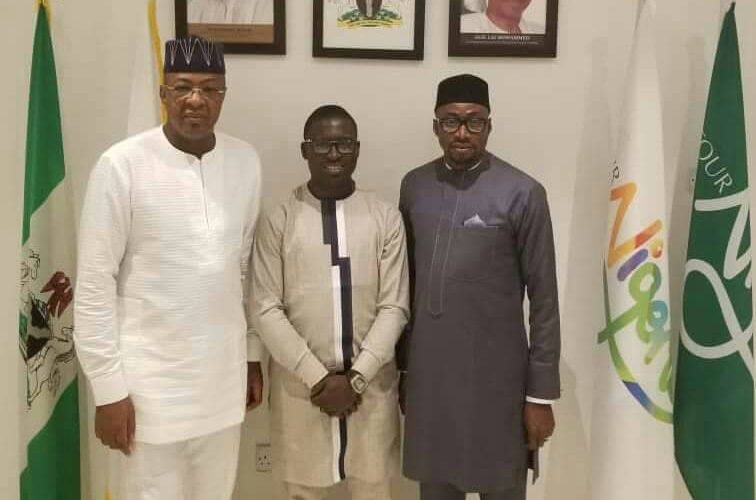 The tourism boss made the call when he received members of the event planning committee in his Abuja office on Wednesday, 20th of June 2018, where he gave his blessings and assured of his presence to deliver a paper dwelling on measures necessary to grow the multibillion naira tourism industry in the region, and how his agency is working to achieve that.

In his remark, the leader of the NTDX delegation, Mr Ubong Ekpe appreciated the reception by the DG, commending him for his drive and continuous support to laudable tourism initiatives.

He reassured the NTDC boss that the Niger Delta Tourism Expo, scheduled to hold between 11th – 13th of July 2018 at the Tinapa Lakeside Hotel, Calabar, Cross River State, will not fall short of the standard he will be proud to identify with.

Mr Ekpe said the summit has as its theme: ‘Niger Delta Beyond Oil: Tourism, A Tool for Sustainable Development.’ Topics and panels will dwell on issues ranging from hospitality, the role of the media, the government, security agencies, the locals, financial and traditional institutions. Creating a forum for series of intellectual discussions by tourism stakeholders, operators, investors and government representatives of the nine (9) states of the region on tourism development.

In his speech, Mr Coker stressed the need to market, promote and bring the world to Niger Delta, using the numerous tourist attractions in the region.

Following the brief, Mr Folorunsho, having been satisfied by the presentation and level of preparation, called on tourism stakeholders, state governments, the Niger Delta Development Commission and  Private Sector to throw their weight behind the NTDX project, referring to it as imperative for the improvement of the economy of Niger Delta states beyond the oil deposits it is known for.