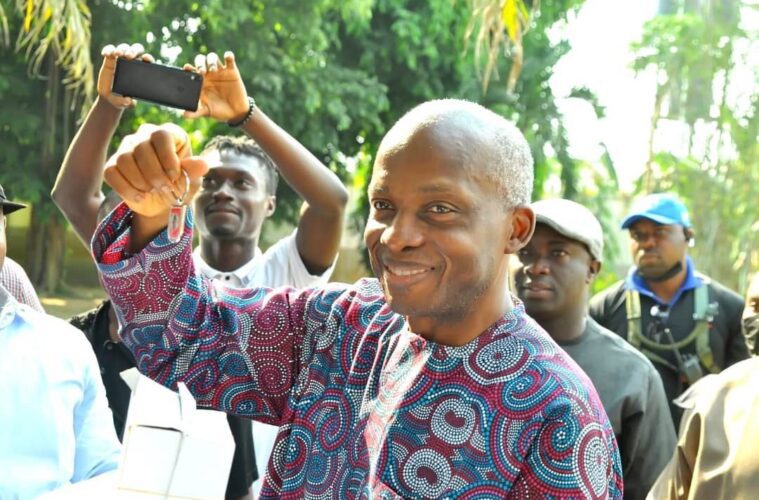 The quintessential Senator and the incoming Governor of Cross River State, Distinguished Senator Gershom Bassey had foreseen the sack of the Cross River State House of Assembly lawmakers who defected from the PDP to APC.

Sen. Gershom with his piercing Eagle sight had in a statement during his consultation visit to Obanliku LGA of Cross River revealed that the Lawmakers and Governor who defected with the Party’s mandate will be made to return it to the rightful party(PDP). The Distinguished Senator added that it was Breaking News that he brought to Obanliku.

The words of the Eagle didn’t return without fulfilling what he said a few weeks ago. The Federal High court sitting in Abuja yesterday sacked 20 Members of the Cross River State House of Assembly that defected from the Peoples Democratic Party (PDP) to the All Progressive Congress (APC).

Sen. Gershom said, ‘though, defection is an inherent part of democratic processes, however, those who defected from the PDP have been caught red-handed by the long arm of the law like a thief without conscience’. He added ‘Nigeria is shaking, Defect but leave our mandate. All those with stolen mandate have been caught red-handed. If you carry any man’s thing return it immediately as PDP is a party of truth and in Cross River State the truth will catch some people….‘

The court, in a judgment that was delivered by Hon. Justice Taiwo Taiwo held that the lawmakers, having abandoned the political party that sponsored them to power, ought to vacate their seats. Exactly as how Sen. Gershom Bassey had revealed a few weeks ago. Many have concluded that the name ‘The Eagle’ is not just a nickname but a true reflection of the sterling characteristics of the Distinguished Senator.