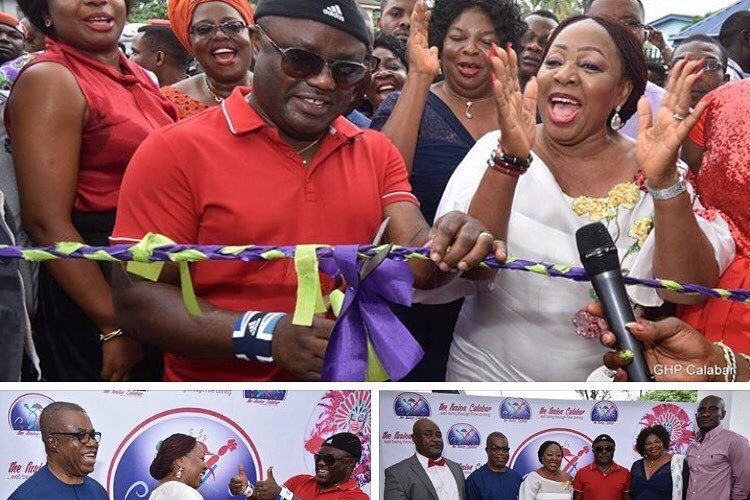 A restaurant, the Fusion, set up by prominent Bakassi leader, Senator Florence Ita-Giwa, has opened in Calabar.

At the opening of the restaurant, the Governor of Cross River State, Prof. Ben Ayade, reaffirmed his administration’s commitment to supporting indigenes who decide to establish investments in the state.

He said: “Senator Florence Ita-Giwa is a dream and pride of Cross River State.

“She is one of those great assets of the state, and we laud you for having the courage to come here and invest in the state. As part of efforts to encourage you, all the bills at the opening of this restaurant will be paid by the state government.

“As a person, as Ben Ayade, I am donating the sum of five million Naira. This is to show Cross Riverians that if they indeed come to invest in Cross River, the government would be there to support them”.

Speaking at the Opening, Senator Ita-Giwa said the Fusion was going to serve meals that would take into consideration the wellbeing of whoever wants to eat.

According to her, the restaurant is aimed at uniting all members of the society, hence the name, The Fusion.

“This place is going to unite young and old, forward looking children, hardworking people and so on.

“We are going to have food that will take your well-being into consideration. You will eat and have energy and look like I do at 70, still very energetic. I don’t have joint pain, no knee pain.

“I am the only 70-year old that does the 12 km Carnival walk. So if you eat the Fusion food, you will be like Ita-Giwa. Everything here is measured. Like the salt here is sodium-free. The oil here is cholesterol free. What I am serving here is what I eat and I like my life,” Ita-Giwa said.