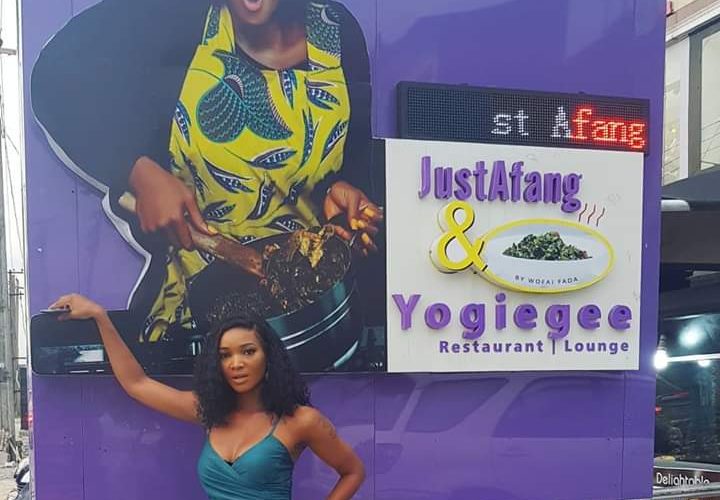 SOMETIMES I WISH HE’S A MAN, SO I’LL BE SUPPLYING HIM FOOD – WOFAI FADA TALKS ON GOD’S GRACE UPON HER BUSINESS

Cross River born Comedienne, Entertainer and Entrepreneur, Wofai Fada has taken to social media to express appreciation to God for the success and traffic her company enjoys.

Wofai who made this known via her official Facebook Page (Wofai Fada) said God has been faithful to her and her business. She said the traffic genereated to her restaurant is always mad, and credited her success to God; adding that if God was to be a man, she would be supplying him food.

Wofai added that she has always wanted to be an ambassador to something, and have her face on a billboard. She said since that wasn’t coming through, she had to make herself an ambassador to her own company, (Just Afang). She encouraged people never to give up in life as they could become anything they want to be in life