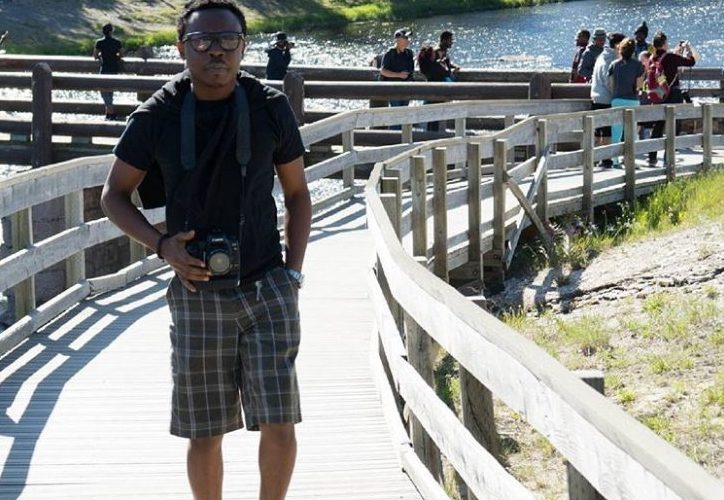 “SOMETIMES YOU ARE PUSHED TO DOUSE YOUR DEMONS” OTO-OBONG EKPENYONG SPEAKS ON NEW MOVIE, ENO’S DEMONS

OtoObong Ekpenyong is a filmmaker who has produced digital content in faith-based organizations for over a decade. In the 2013 and 2014 Africa International Film Festival (AFRIFF) training sessions, he emerged one of the best in Sound for Film and Cinematography respectively and won the festival’s talent development scholarship in 2014. In 2015, he was one of 18 African filmmakers trained at Montana State University (MSU)’s Social Justice Documentary Filmmaking Workshop in Bozeman with funding by Ford Foundation. In 2016, while chaperoning 13 other Africans to the same workshop – which he also served as teaching assistant, he directed his first short – a documentary themed around the essence of the workshop; ‘By Africans About Africa’.

In this exclusive interview with Calabar Blog, OwwTeeBee as he’s popularly known took us through the journey behind his lastest project “Eno’s Demon”. Read the interview below:

Calabar Blog:  Hello! Congratulations on your film, Eno’s Demons. Can you briefly tell us what it is about?

Owwteebee: Thank you. Briefly, Eno’s Demons is an experimental hybrid documentary – I decided to experiment on a storytelling approach to present depression as the mental illness it is. Set in a southern Nigerian city (Calabar actually) during an economic recession, it is a dark portrait of the last few days of a lonely young writer struggling with depression. I found that more and more young people are taking their lives as a result of depression; 800,000 people die due to suicide every year. So I thought to use my work to contribute to mental health awareness efforts this year.

Owwteebee: Apart from the fact that I’ve had bouts of depression myself and in trying to deal with it I found that unfortunately this is a subject that is not taken as seriously as it should be around this part of the globe, the statistics really jarred me. 800,000 people die due to suicide every year; that’s 1 person every 40 second.

Secondly, most of the time we deal with the issue of suicide after the facts when, with no input from the deceased, we are forced to grapple with conjectures and speculations in answering our questions about what must have transpired. So, based on input from someone currently struggling with the condition, I thought to construct the likely reality of a day before a depressed person took his or her life. What would have triggered the depression? What would they have seen and or heard? How would they have felt and what would that have led to? Stuff like that.

Calabar Blog: Compared to your film, “If Only”, how would you say you have grown in your craft?

Owwteebee: Tremendously. I joke about this but there’s a lesson in the quip: Normal growth is incremental by nature; anything otherwise is regarded as a tumor. You had asked in an earlier interview what tip I would give to aspiring filmmakers and part of my response was that they execute on short films properly and get constructive feedback before taking on a feature length projects. Well, I took my own advice. I ‘upped’ my workflow and collaborated with other creatives on this one and not only is the work better for it, I’m also a better filmmaker from the process.

Calabar Blog: How was it working on Eno’s Demons? Did you find it easy putting up the project? How was the production process for you?

Owwteebee: It’s never really easy, that I can say but I know to build a great team for my projects. Harris Jenkins – a mental illness clinic and The Red Door Lounge (both here in Calabar) supported me to make this film and so the research for pre production was pretty solid. I collaborated with Charlz ‘Bonja’ Archibong of Bonja Films and Opubo Braide of BraideO!’s Sound Lab for the cinematography and score/original music respectively so production and post production were creative adventures in themselves. So that just sums it up: the entire production process was a series of creative adventures.

Calabar Blog: What do you want people to take away after watching Eno’s Demons?

Owwteebee: Primarily, that people struggling with the condition are not possessed by demons! That, in fact, is what inspired the name of the film. I find it amazing that although there are known effective treatments for depression, fewer than half of those affected receive such treatments. More shocking is the fact that social stigma associated with mental disorders – primary of which are religious misconceptions of the like, constitute barriers to effective care and treatment especially in this part of the world.

People struggling with depression are not possessed by demons – at least not literally. Such social tags stigmatize and relegate those concerned to seek ‘spiritual’ treatment rather than professional help from trained mental health specialists. I may as well state here that in my research, the details of such ’spiritual treatments’ range from being exploitative (sexually, financially and other wise) to being outrightly gory.

Depression is a mental illness and should be treated as such! That’s what I want people to take away after watching Eno’s Demons.

Watch the trailer of Eno’s Demons via the link below.