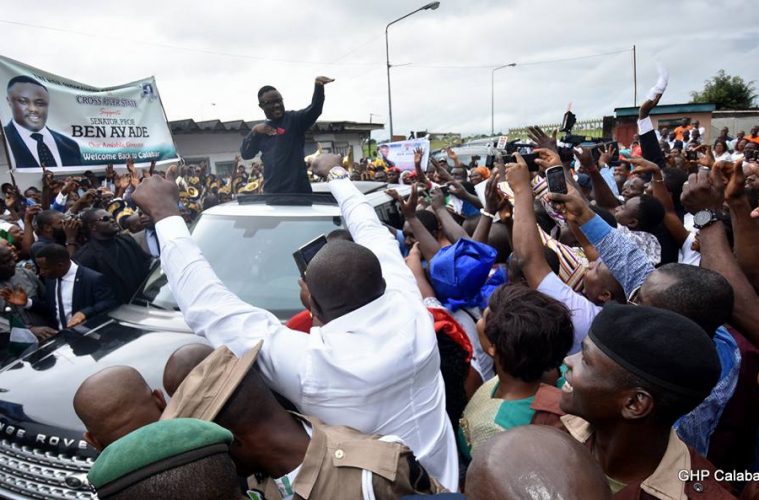 The Supreme Court has affirmed the candidate of the Peoples Democratic Party, PDP, Prof. Ben Ayade, in the last governorship election in Cross River as the Governor of the state, dismissing a suit which alleged that Ayade had lost his membership of the PDP as of the time he was sponsored by the party for the election due to the governor’s alleged failure to pay his dues.

The appallent, Mr. Joe Agi SAN, who came second in the primary election of the PDP held in December 8, 2014, also asked the apex court to sack Ayade over alleged age falsification and loss of membership of his party, the PDP.

But the Supreme Court, in a unanimous judgment of its five-man panel led by Justice Bode Rhodes-Vivour, ruled that the appeal lacked merit, explaining that the issue of the status of a person’s membership of a political party was an internal affair of the party, which a court of law could not determine.

Agi had challenged the judgment of the Court of Appeal, Abuja, delivered on February 5, 2016, upholding the earlier decision of a Federal High Court in Abuja, which dismissed his case.

The senior advocate had further appealed to the Supreme Court, asking it to reverse the judgment of the appeal court.

But a member of the apex court panel, Justice Clara Ogunbiyi, who read the lead judgment, affirmed the decision of the Court of Appeal which held that the status of a person’s membership of a political party was not “justiciable.”

She held that the court could not question Ayade’s membership of the PDP, the party having, through its secretary in Cross River State, confirmed at the trial court that he had paid all his dues and that he remained a member of the party.

“The pertinent question to pose is that who, between the appellant (Agi) and the first respondent (the PDP), has the vires (power) to decide who is a member of the party,” she held.

The judge maintained that, contrary to Agi’s submission, the fact that the word “cleared” was embossed on Ayade’s membership card shows that he had paid all his dues, as stipulated in Section 8 (10) of the PDP’s Constitution.

She said that as provided under Paragraph 48 of the of the PDP’s Guideline for Primary Election 2014, the decision of the National Executive Committee of the party, stating through the state chapter of the party that Ayade was a member of the party, was final and binding on all aspirants who participated in the December 8, 2014 primary.

She ruled, “As I earlier said, a political party is a voluntary association and its decision is binding on its members, even if it is deemed unreasonable.

“The decision of the party on issue like this is final. The court will not substitute its will with that of the voluntary association, whether it is reasonable or unreasonable.”

She also held that the allegation of age falsification “is rooted” in criminality, which the appellant failed to prove beyond reasonable doubt as required by law.

She added that for age falsification to serve as a disqualifying factor for any person running for the office of the governor, it must be proved that it was done with the intention to meet the minimum of 35-year-old constitutional requirement for any person seeking to occupy the office.

The appellant claimed that Ayade had falsely represented his date of birth in his nomination form submitted to the Independent National Electoral Commission and other records as March 2, 1968 and March 2, 1969.

But Justice Ogunbiyi, in her judgment, asserted that neither of the dates of birth which placed the age of the governor at either 45 or 46 as of the time he was nominated by the PDP to run for the office of the governor, conferred any undue advantage on him.

According to her, “The second respondent (Ayade) was said to have stated his date of birth in his nomination form to INEC as March 2, 1968.

“That means that he was 46 years old as of the time he was nominated and that was 11 years above the constitutional requirement of 35 years.

“By March 2, 1969, the second respondent would have been 45 years old as of the time he was sponsored by the first respondent (the PDP). He would still have been 10 years above the constitutional requirement age of 35 years for office of the governor.

“The appellant has failed to prove the intention of the second respondent to circumvent the law in order to ensure his compliance with constitutional age requirement.”