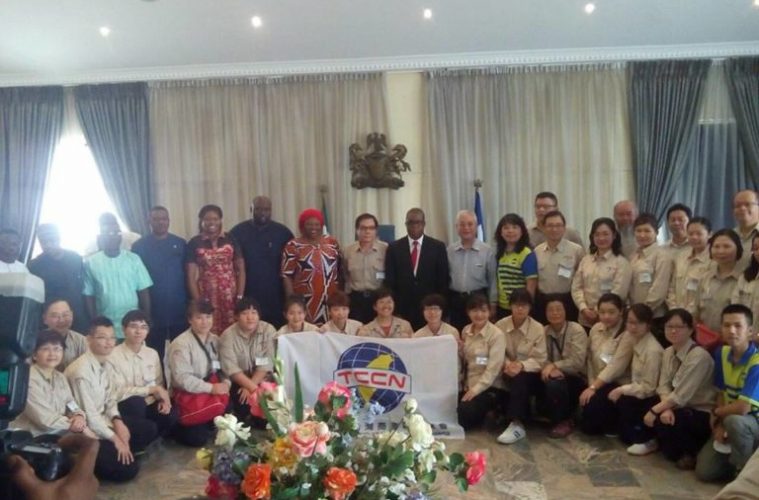 A 35-man strong medical team from the Taiwanese medical peace corps has just concluded a free medical mission in the state. Speaking on behalf of the Governor, His Excellency Prof. Ben Ayade and the citizens of the state, The Deputy Governor of Cross River state, Professor Ivara Esu extended the gratitude of the government and people of the state to the Taiwanese Medical Peace Corps team.

He  expressed gratitude of the state to the team  for their decision to bring their expertise and experience to the people of Cross River State at the same time while expressing his happiness at the massive reach of the team to rural settlers who where the most beneficiaries of the mission. The medical mission took place between February 3rd and 11th, 2017 across 4 local government areas in the state, tallying a base minimum of 3,000 beneficiaries recorded by the state Ministry of Health which was a supporting body. The outreach began at the Comprehensive Health Center Okoyong, Odukpani LGA where Along with the free surgeries, they also conducted oriental medical therapies and medical counselling before proceeding to Enghuat, Uyanga in Akamkpa, General Hospital Ugep and Ogoja respectively.

Dr. Inyang Asibong, The State Commissioner for Health, attributed the possibility of the outreach occurrence to the commitment of the Governor, Prof. Ben Ayade to bringing investors to the state. Recognizing also the efforts of the Finance Commissioner, Mr. Asuquo Ekpeyong, who she said diverted the Angola bound team back to Cross River. She appreciated the medical consumables donated by the team to the state government through the CEO of Enghuat industry, Akamkpa as well as the Chief Consultant of the Taiwanese Chamber of Commerce in Nigeria. Mr. Bob Lin.

They toured the University of Calabar and the UCTH to further broaden their knowledge of the state, and the workings of its medical system.

Dr. Chang Yu Tai of the Taipei Medical University, Taiwan, the team leader in his remarks disclosed that the team had visited 20 countries around the world, but this was its first time in Nigeria.