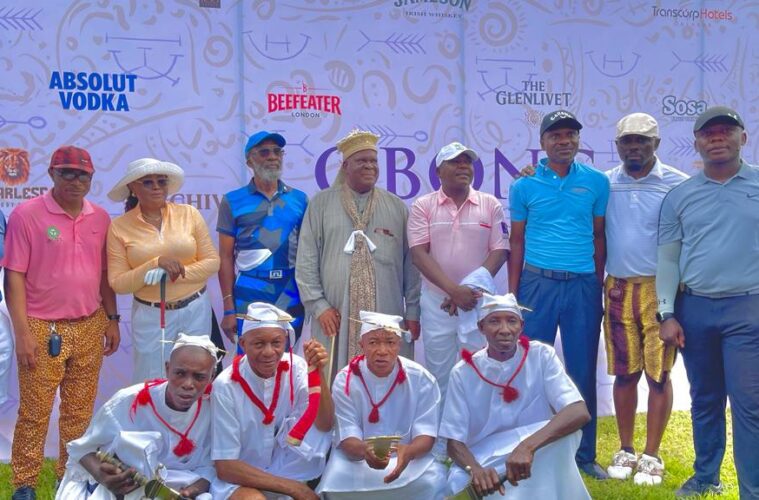 THE 2022 OBONG OF CALABAR GOLF TOURNEY, WHERE GOLF AND CULTURE MEET

The people of Efik Kingdom, including partners and patrons of the 2022 Obong of Calabar Golf Tourney, welcomed golfers, members of the monarchy, and political figures to the beautifully picturesque city of Calabar, Cross River State. The event was organized to commemorate the 73rd birthday of His Eminence, Obong Edidem Ekpo Abasi Otu. V Natural Ruler, Treaty King, defender of the Christian Faith, and Grand Patriarch of the Efik Kingdom.

This four-day event was carefully orchestrated to portray and export the culture of the Efik people. It was organized by Del-York International in partnership with Kabom Developers and the Cross River State Signage and Advertisement Agency (CRISSAA).

The golf tourney was teed off by a representative assigned by the Obong at the 31-year-old Calabar Golf Course, which was well-maintained with ultra-modern facilities and provided a relaxing environment for golfers and participants to enjoy the game. 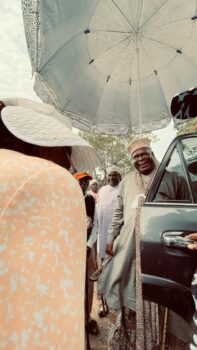 Upon arrival, guests were ushered into the serene, prestigious Transcorp hotel Calabar to refresh themselves. Afterwards, a mini carnival showcasing the unique culture of the Efik people was displayed, to everyone’s delight!

The competition commenced the next day as local and international golfers competed for the trophy. With personal strategies and precision, each golfer swooshed the golf ball to get the highest score as the spirit of sportsmanship engulfed the air. Prizes were awarded to the winners of the golf rounds, and the sportsmen were recognized for their support. 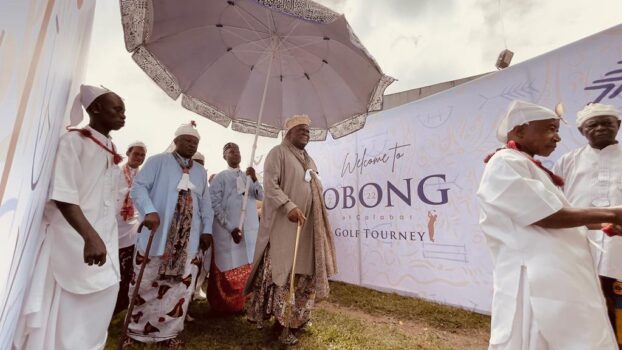 On arrival at the Calabar Golf Course, His Eminence Edidem Ekpo Okon Abasi Otu V. Natural ruler, Treaty King, defender of the Christian Faith, and Grand Patriarch of the Efik Kingdom, was accompanied by his entourage, composed of various chiefs from the Efik kingdom, members of the Obong of Calabar Executive Forum as well as several royals from the region. They were ushered in by vibrant dancers dressed in elegant traditional attires. Festive drums, music, and cultural chants could be heard as he proceeded down the aisle, accompanied by the Ekombi Cultural troupe. After a brief speech, MR. AYE Henshaw, JR MNI (member of Obong of Calabar Executive Forum – OCEF) represented him for the tee, and the competition began. Chief Barbara Etim James, leader of the Henshaw Kingdom, was also present to witness this distinguished event. 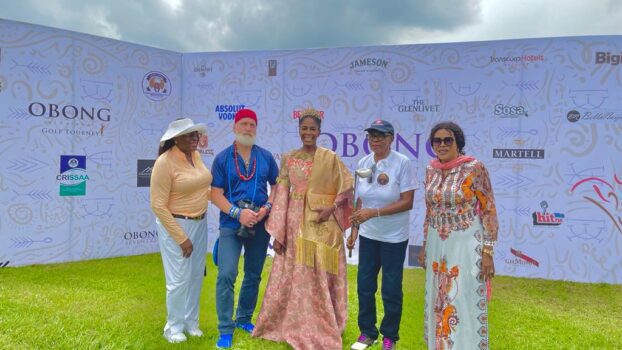 Dressed in their tournament-branded apparel, golfers made their way down the various holes of the Ultra-modern Calabar Golf Course, showing off their skill and sportsmanship. The two days of play resulted in Jean-Marc Degeuldre, a Belgian-South African of the Lafarge Group, emerging as the tournament’s overall winner with the most under.

Rite Foods and Pernod Ricard, some of the event’s sponsors, provided guests with refreshments while a talented DJ blasted engaging music from national and foreign artists.