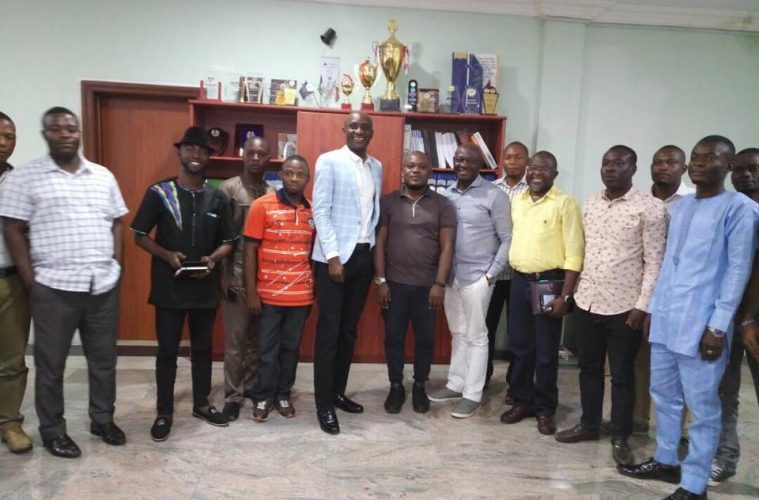 THE 8TH ASSEMBLY UNDER MY WATCH HAS SURPASSED THE EXPECTATIONS OF CROSS RIVERIANS – SPEAKER, RT. HON. JOHN GAUL LEBO

The Speaker of Cross River State House of Assembly (CRSHA), Rt. Hon. John Gaul Lebo has disclosed that the best achievement of any legislature is on how many bills they have passed and that the 8th Assembly under his watch has surpassed the expectations of Cross Riverians, judging by the performances of the 6th and 7th Assembly.

The Speaker made this known at the flag off of the first Cross River State House of Assembly New Media engagement tagged “Public Explanation” designed for members of the Association of Cross River Online Journalists, (ACROJ), to strengthen its citizen agenda policy and legislative direction programme in the state.

Rt. Hon. Lebo explained that, “the Public Explanation, is a new interactive platform that will air on Radio and Television every Friday for the next 24 Weeks and will feature each of the 24 legislative members per week. We thought that, it’s important to capture you, (ACROJ) on this platform as much as possible, bearing in mind your readership, followership, wider reach, speed, timeliness and better accuracy. We are partners to foster good governance and accountability to strengthen our democracy.” The Speaker revealed during the Media Chat that the Cross River State House of Assembly has passed into law 68 out of the 102 bills before it and 46 assented by the Governor.  According to him, Sections 91, 92 of the Section 100 of the Constitution of Federal Republic of Nigeria, clearly stipulates the duties of the Legislature and their oversight functions. “As it were, the best achievement of the Legislature is how many laws you have passed,” he said.

“Our concern is that, every law we passed, we must be convinced that, it has the benefits of every Cross River citizen. We have decided to divide the State into five (5) Legislative Clusters: Infrastructure; Finance; Education; Health and Sports.”

“On Education, we have made laws to provide for qualitative and uniformity of fee payments, in accordance with the location for both Private and Public Schools.” Responding to the Assembly non application of the Oversight function, a provision as enshrined in the Constitution, thereby not curtailing the excesses of the Executive Arm in the State.

Rt. Hon. John Gaul Lebo said, “Where we need to confront the Executive, there’s a Constitutional Channel and not through the Media to claim, ‘victory’. In the cause of our oversight of the Public Accounts, We discovered so many Agencies of Government were collecting revenue. It’s our responsibility to legislate on who is to collects revenue. The House discovered 51 Agencies were collecting revenue illegally and immediately, delisted them and directed that all monies from these Agencies be paid into the coffers of the Government and in the process, we recovered over 300 million naira for the state.”

Concerning government agencies like the State Library which has been abandoned, the Speaker said “We have no excuse for the decay, as we cannot act outside the provision of the law, but I can say that the library is a monument, which is captured in the 2018 budget, and in due time will be treated as a priority of government.”

The Speaker also revealed that the house has just received the next set of Constitutional Amendment and in particular, the Local Government Autonomy , the Provision of the Grazing Bill for Cross River State and that a later date will be communicated for public hearing.

The media chat held at the office of the Speaker on Friday, 23rd March, 2018 had in attendance, the Deputy Speaker of Cross River State House of Assembly, Hon. Ita Asuquo Nyong and the Member Representing Boki 2, Hon. Hilary Bisong who also doubles as Chairman, House Committee on Transport, media aides of the Speaker and representatives of over 10 online media platforms reporting Cross River State.