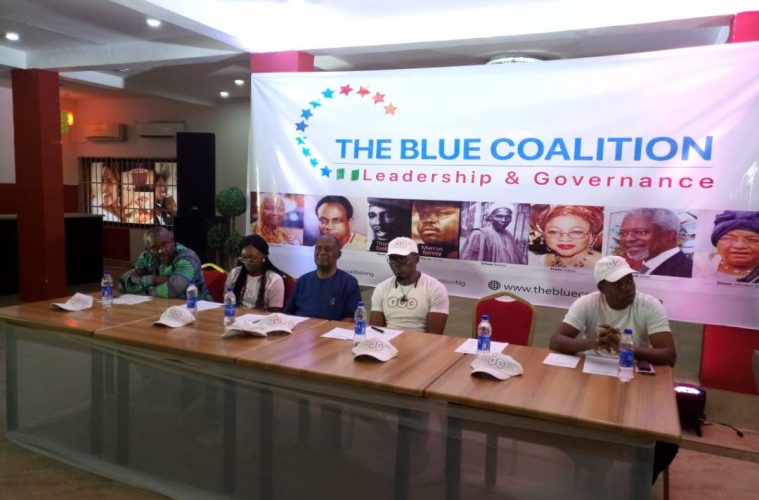 Quality leadership and good governance are two Democratic values that have continued to be missing within the Democratic sphere close to twenty years of democracy in Nigeria.

The Blue Coalition, a non-for- profit organization has officially been launched in Calabar to bridge leadership and governance gap in Nigeria.

The convener, Mr. John Etim Bassey, while speaking at the opening event held at Grace Consulate Church, in Calabar yesterday disclosed that the Blue Coalition is stepping in to bridge the leadership and governance gap that has held the nation and its states to the ground for so long. According to him, the group would be focused on educational and advocacy activities mainly. Among the array of speakers at the event featured prominent elder statesman Sen. Bassey Ewa Henshaw, who delivered the keynote address on the topic: The Importance of Leadership in Good Governance, Mr. Ernest Etim Bassey, a Senior Special Assistant to the Governor of Cross River state spoke on Security and Good Governance while Mrs. Justina Ovat, Senior Special Assistant to the Governor and General Manager, Tinapa Lakeside Hotel addressed the issue of Women in Governance. He concluded be charging citizens to first of all access all those who seek elective and appointive offices against the qualities of good leadership and finding out what their antecedent was. He berated the idea of politicians sharing largesse for votes saying “this has reduced the entire population into beggars and sycophants”.

Highlight of the event was the official declaration of The Blue Coalition mandate to the public.