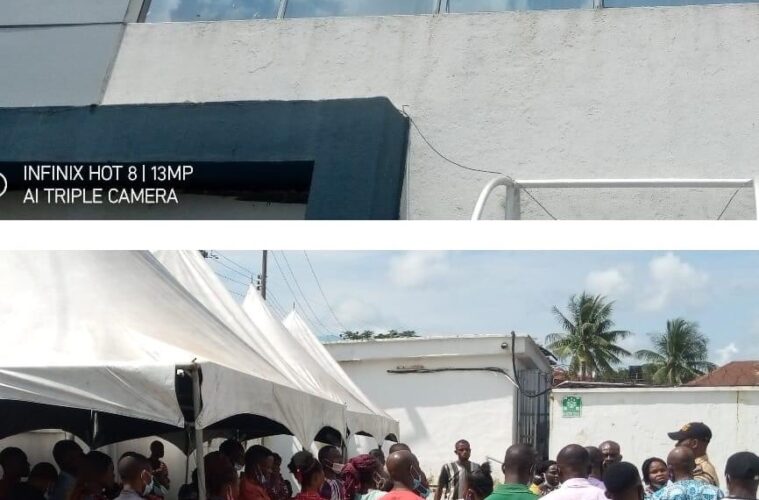 The management of First Bank, Ugep Branch has both a corporate and moral obligation to respond to the mammoth traffic in Ugep. It is unconscionable to subject customers to infinitely gruelling hours of waiting outside the Banking hall in some recently contrived makeshift canopy which is hardly enough for the waiting customers.

It has been more than two month since we have been trying to open a corporate account for our association to no avail. After dribbling and turning us around with some hard and fast rules about requirements for opening an account, we are now faced with unending hours of waiting under a canopy week-in-week out, outside the banking hall.

Today again, from a distance of more than a kilometer, we came as early as 8:08am (it is now 11:27AM as I write) and we are greeted with the same routine: get a tally number, wait endlessly under the canopy until further notice. If we get lucky, the proud and mannerless security guards will attend to us and usher us in, if we are not, we will leave if we get tired of waiting and return another day. Yes, we will definitely return another day! Where else can we go? There is only one bank here.

Meanwhile, only two categories of customers are allowed into the banking hall: depositors and those who know one or two staff working with the Bank. So, occasionally, you find a Bank staff emerging like a submarine from the hallowed entrance to whisk a particular waiting customer into the hall while the rest of the waiters look on in utter bewilderment and frustration.

I understand First Bank is currently having network issues which is part of the reason for the snail paced services. But, this has gone on for far too long! If customers are still ‘First’ according to their mantra, then First Bank should expedite action and fix its network problems to ensure that customers are truly first!

I also understand that First Bank Ugep Branch is covering the entire Yakurr LGA and some communities in Abi LGA and that this is another reason for the traffic. But, should not a corporation as big as First Bank be proactive enough to deal with exigencies? How long will customers continue to suffer long queues and wait forever outside the banking hall First Bank Ugep?