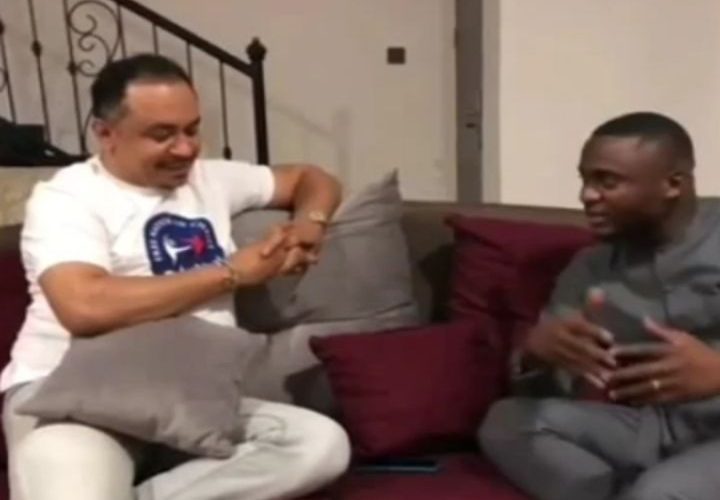 ”THE WAY I HAVE HAD MY KIDS IS NOT THE WAY I WANTED THEM”- UBI FRANKLIN, RECOUNTS HOW HE MET HIS SECOND BABYMAMA (VIDEO)

Ubi during the interview revealed he has a very cordial relationship with Lilian. When asked if he misses her, he stuttered and said it was a difficult question to answer.

He also revealed how his second baby mama, Nicola Siyo,  became his staff.

”My ex that just had a baby. we were dating before she started working with me. We were dating and one day I was on the phone trying to get a good communications person and she had already worked with a communications department in a multinational company in South Africa and she said I could help you do a few things while you look for the person to do it which is not bad. After that, she started working with us. We were dating before she became my staff because I felt she had a particular skill I needed. She was someone that could understand and listen to me at a particular time to do the job. She is a great person. Not every relationship will end in marriage” he said

He went on to say that the way he has had his three children from three different women isn’t the way he planned to have his children.

Honestly, I want to say it today the way I have had my kids, the three of them, is not how I would have loved to have them. I prayed to God for four kids, I have three now. I would have wished that they were all together in the same home but you see, things happen. I don’t regret anything”