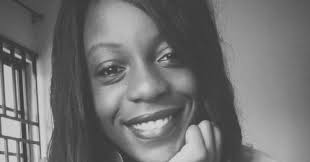 WHAT IF TOMORROW NEVER COMES BY MIRABELLE MORAH

“I think your mama should’ve named you Josephina the dreamer.”

“Abegi aunty, you no dey serious.”

“I’m serious. I envy the way you talk about life.”

“I know say things hard but one day I go make am.”

“Of course, one day.” I said and smiled back at Coco as she handed my N500 change to me. I gestured at her to keep it.

I nodded and walked out of the little hair saloon into my car. I could see Coco still waving at me until I had left the premises.

Coco was such a sweet, hopeful eighteen year old girl. I wasn’t her aunty but still she enjoyed calling me aunty. She had told me about her mother’s diabetes and how her keke-driver father had absconded and left her mother with four children to raise all on her own. As the first child, Coco had to leave school to get a job so she could fend for her younger ones and help her struggling mother. I had always loved her faith for the things unseen. She believed that her mother’s diabetes could be cured by the white-garment prophets—the ones who wore long white robes and tied red clothes around their waists, walked around bare footed and carried big crosses with them everywhere. She had faith that one day she would be a gynecologist. I wasn’t sure how she came across the profession but I knew she was smart.

The car in front of mine rammed into another car in the traffic. Doors were opening and angry Calabar South drivers were slaying each other with their words. I knew I wasn’t going to get home until much later in the night. I sighed.

I wound down the windscreen so some fresh air could come in, I was tired of the air conditioner.

As soon as they spotted my wound down glass, the roadside hawkers selling Mentos sweet, grapes, towels began to crowd my car with their wares and everything marketable. I shook my head at them and quickly wound up the glass. Too many interruptions. I turned back on the air-conditioning and settled back into my solitude. I began to wish again that I had Coco’s hope.

“God go bless you for future,” She had said. Was I really going to have a future?

Could the white-garment prophets cure my cancer too? How about my David, my heart beat, my only son. He didn’t have a father too.

In the middle of my thoughts, some self-appointed traffic wardens came to the rescue. A new path was created and the traffic began to move. My thoughts moved as well.

As I drove into my home, David stood by the garage. He was barefooted. He clapped his hands and giggled as he watched my car slowly make it’s way towards the garage.

What if tomorrow never came? What if I could have this moment forever?

He ran to me as soon as I got out of the car. The love of my life, the one who made me smile always, I picked him up and hugged him tight, squeezing him to myself. I didn’t want to leave him, I really didn’t want to. It hurt me not to be sure if I was going to be around for his seventh birthday, because just like every mother, I wanted to be part of his future. I wanted to be there when he got his first girlfriend. I wanted to proudly say “that’s my son” when he received his awards.

“Mommy?” David said. “Why do you have water in your eyes?” He used his little hands to wipe them off.

What if tomorrow never comes? What if I could have this moment for life? I thought again as I scooped him into my arms.

“Nothing my hunny-bunny-big-boy,” I replied. “I was just thinking about how I missed you so much today.” I kissed his forehead as we giggled our way into the house.

So, what if tomorrow never comes?

Mirabelle Morah is a student of English and Literary Student at the University of Calabar. She edits for blankpaperz.com. She hopes young African writers would stop hiding their words between the silent pages of their books. Every story is important.