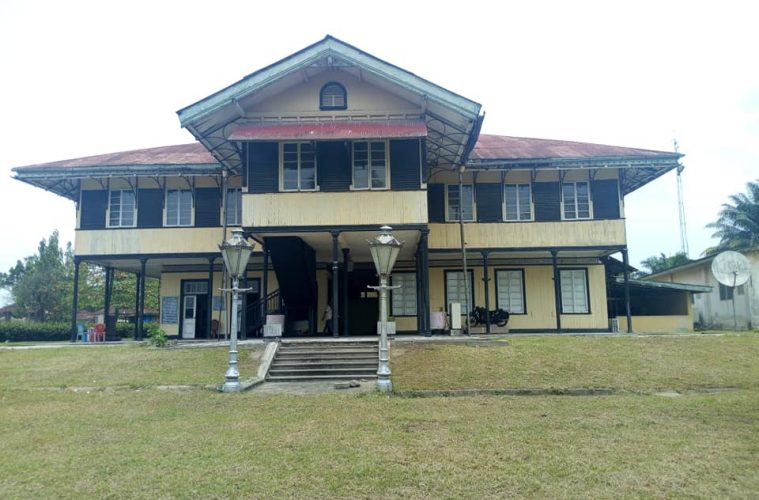 The Old Residency Museum, the First Aso Rock in Nigeria that housed the offices of Lord Lugard and other early administrators and colonial officials of Nigeria are still intact in Calabar, the Cross River State capital.

You can still see the massive offices that served as Nigeria’s first ‘Aso Rock’, where both the Northern and Southern Protectorate of Nigeria were administered from before it was amalgamated by the same Lord Lugard in 1914.

Materials used in erecting the structure, were all brought in from Britain by the Royal Niger Company, with the experts to build it. The one-storey edifice was built in 1884 in Old Calabar. Now called Old Residency, it was originally known as the Government House, and it accommodated the early British administrators of the Niger coast territories.

The building was declared a national monument in 1959 and has been renovated over time by the National Commission for Museums and Monuments in 1986.

Credit is given to Dr. Ekpo O. Eyo, the first Nigerian who became Director of Antiquities of the commission and later Director General in 1968 till 1986 by which time the place was open to the public. He influenced the retention and upgrade of the Old Residency to present national status.

The pioneer surveyor of antiquities at the commission, a Briton, was Mr Kenneth C. Murray from 1943 to 1968.
Curator of the museum, Mrs Evelyn Osuagwu said the first man that occupied it was one Consul Hewett, who now has a street named after him in Calabar. She said the Old Residency is now used as a national museum, adding that after Hewett, many other colonial administrators and key government functionaries had offices and lived there with their families.

The Curator said that the museum was the first tourism site in Calabar, which attracted thousands of visitors therein. She explained that the museum also showcases the culture of Nigeria and historical artefacts.

“We also have a research department whereby we research into people’s culture and showcase to our visitors.

“Today, the museum is a tourists site, attracting thousands of visitors who wants to sight the the items and machineries used in the colonial era,” she said.

Osuagwu, however, appealed to the state government to remove the barricade at the entrance of the museum to give the monument a free access by tourists. She lamented that due to the barricade, the number of visitors into the museum has reduced drastically.

She advised patents to enrich the knowledge of their children by taking them to visit the museum regularly.

If you are thinking of tourism, think Cross River.

Article, Photos are that of George Odok Jnr, NAN Correspondent.