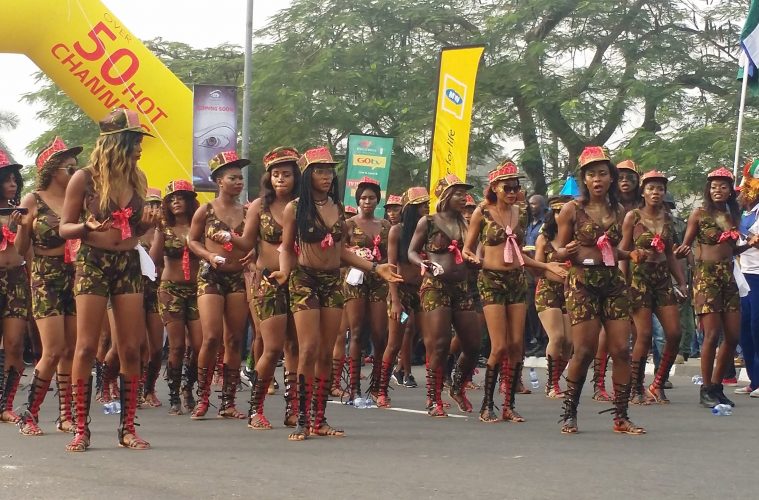 A month after the carnival, the exciting experience of Calabar Carnival remains fresh.
It was worth the journey and the stress as Ijebuman sat back to replay the event from take-off.
The flight from Lagos to Calabar was delayed for hours. The weather report showed that the flight could not land in Calabar. Expectedly, the anxiety was high as he eagerly awaited his flight.
In the end, he could not go directly to Calabar due to the bad weather report. Eventually, he settled for the flight to Port Harcourt. He had to sleep in the Garden City as the flight touched down at Port Harcourt exactly at 9.15pm. The following day, he was on his way to the Paradise City on the very day the carnival would start.
Truly, Paradise City it is. Clean, tidy and beautiful without the usual rowdiness associated with Lagos.
Little wonder, it is the hub of tourism in Nigeria.
The carnival was exciting and fun-filled. The parade by different bands, acrobatic displays, the bevy of beautiful and charming damsels, the ecstatic crowd that urged the different bands on added colour to the carnival.
The Ijebuman was like the man in the song, ‘An Englishman in New York’. Ijebuman could not take his eyes off those beautiful and bewitching Calabar beauties. As a matter of fact, he thought that Yemoja (the goddess of the river) must have sent her daughters to Calabar for the carnival.
Expectedly, Ijebuman put his skill to test when he approached a young, beautiful lady who rewarded him with a charming smile and all the attention. But that is a story for another day. The level of hospitality of the people of Calabar was commendable; from the taxi driver to the people on the streets.
He noticed the free mix of the foreigners and others at the carnival ground without fear of kidnap or hostility. The simplicity and friendly attitude of the security agents that approached him courteously when he was wandering to a restricted area was remarkable.
The memory of the International Carnival night remains fresh. Can one forget the dancing steps and the gyrating, sexy bodies of the Samba girls?
He heard names of the countries that were going to thrill the audience from the speakers erected at the stadium namely Brazil, Ghana, Rwanda, South Africa, Burundi, Ethiopia, Croatia, Ukraine, Spain, Turkey and Kenya. They performed excellently to the admiration of the crowds. The countries justified their coming for the carnival as they mesmerized the entire spectators with their performances.
Indeed, it was a night the Ijebuman knew that voodoo or juju is not limited to his tribe. His mouth fell wide open when the Kenyans climbed a tall slippery pole with ease to perform acrobatic displays.
“No,no,no,” Ijebuman muttered, “This is not ordinary!”. The whiteman sitting beside him spoke through his nose, “Are you sure they are not monkeys?” Ijebuman retorted, “They are chimpanzees and they are coming to eat you.” He faced the Kenyans again saying, “Amazing, amazing talented guys…”
The Ghanaian ladies were marvellous too, beating their drums in unison while dancing azonto to everyone’s delight.
The Turkish troupe displayed the tricks in films with bayonet fights. They used the bayonets skillfully and perfectly with shouts of ‘aaaahhhh’ as if in real war. It was a beautiful performance, with their young and fresh ladies.
Batting an eye became difficult as each country came into the stadium striving to outdo the others. The Brazilians expectedly came in with vigour and vitality. The samba ladies danced, shaking their bum-bums to the delight of the crowd. When the Nigerian team came into the stadium led by the ever-young and beautiful Mama Bakassi, Senator Florence Ita Giwa, in her gleaming green dress, Ijebuman knew he was in for a special treat with Team Naija.
Mama Bakassi was astounding as she danced and urged the team on. The Imo State team was spectacular. Their acrobatic display was awesome. The crowd was held spellbound.
The show lasted till dawn without a dull moment. Ijebuman went back to his hotel to rest for the next day’s activities. He saw on his way the road cleaners already busy. He replied jokingly too, “ I am an Ijebuman. An Ijebuman that boards a train has missed his way because there is no rail line in the entire Ijebuland.” He remarked after the ride that the Federal Government needed to learn a lot from Calabar. If the Federal Government can harness the tourism potential of the country, build festivals around it, brand and market it, Nigeria will be depending less on oil. The Federal Government needs to consult Ijebuman for the business aspect of tourism which may help the country out of the present economic doldrums. Trust Ijebuman, they are never short of ideas on how to make money.