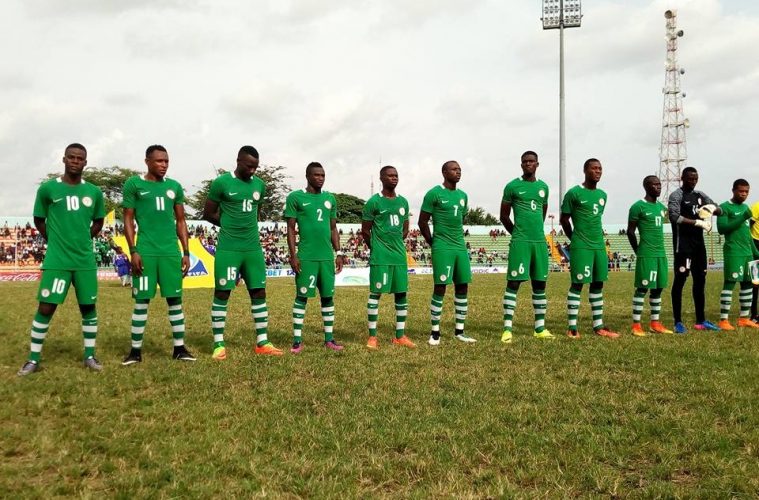 Coach of Nigeria U-20 side – the Flying Eagles, Paul Aigbogun, has blamed the UJ Esuene Stadium pitch for their marginal 1-0 win against Guinea-Bissau in the second leg Second Round game of the 2019 U-20 Africa Cup of Nations qualifiers on Sunday.

Adamu Alhassan scored from the penalty spot in the 58th minute to hand the Flying Eagles the win after Wasiu Aladade was fouled in the penalty box.

The Flying Eagles advanced 3-2 on aggregate having played a 2-2 draw in the first leg a week ago. Speaking in a 17-second video published on NFF Twitter handle, Aigbogun also lamented that his players missed lots of scoring chances, stating a lot of work still need to be done.

“The players played to a certain point but due to the pitch, it was difficult to adapt as quickly as possible,” Aigbogun stated .

“But they did their best. We had chances, but unfortunately, we didn’t take a lot of our chances which means more work for us.”

The Flying Eagles will face Mauritania in the final qualifying round with both legs coming up in July.

To get to the final qualifying round, Mauritania eliminated Morocco and Guinea in the first and second rounds respectively.