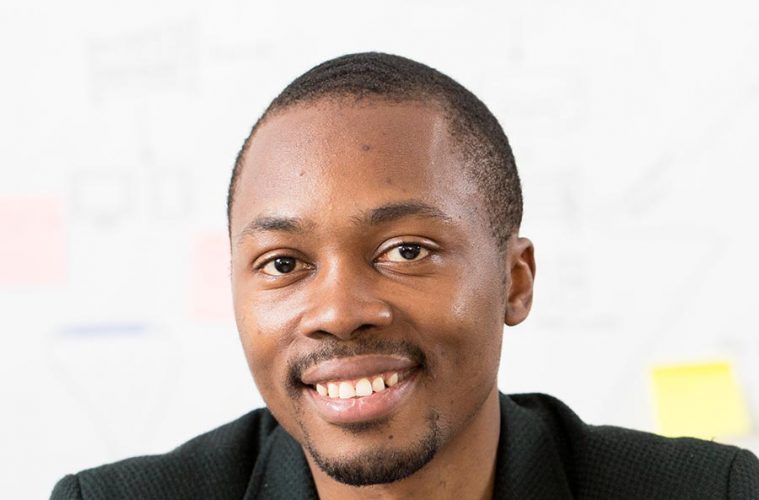 A young Nigerian, Mr. Oscar Ekponimo, emerged as one of the five Young Laureates winning the Rolex Enterprise Award for 2016.

Ekponimo, the only African among the awardees, won the award with his ‘Chowberry’, a cloud-based application that  is addressing the problems of food poverty through the automation of the process of monitoring food products approaching the end of shelf-life, ultimately helping to alleviate hunger in the country.

Mr Ekponimo, 30, is a Stanford University Technology Ventures Programme Alumnus, and a Bachelor of Science degree graduate in computing from Nigeria’s University of Calabar.
A software engineer, he is passionate about IT, and has developed solutions for private enterprises and national security establishments.

Alleviating hunger has always been at the top of his agenda. At university, he and friends set up Blue Valentine, an initiative to distribute warm meals to indigent street kids on 14 February. In 2013 this initiative evolved into SalvageHub, the precursor to Chowberry that earned him the International Telecoms Union Award for Technology Innovation.

Ekponimo also runs Food Drive, an ad hoc Chowberry initiative where he and other volunteers collect products within a week of expiry and distribute them to orphanages and homes for the elderly.

“As an IT professional, I have always viewed technology as a unique tool for solving many of Africa’s challenges,” Ekponimo says. “It is a medium to express creativity and passion with limitless possibilities, whether it be redefining industries or fostering sustainable development and human advancement.”

Along with Ekponimo, four other Young Laureates announced in Los Angeles, location of the Rolex Awards, on November 15, include Joseph Cook, 29, United Kingdom – a pioneer in the field of glacial microbiology who, through his Ice Alive mission, is exploring polar ice microbes in the vast “frozen rainforest” of the Greenland ice sheet; Christine Keung, 24, United States – who emigrated to the US at the age of four and is using her education as a force for good by empowering women in north-western China to work with doctors and industry to act as environmental stewards and agents of change; Junto Ohki, 29, Japan – who is improving communication among hearing-impaired people worldwide by expanding a crowd-sourced, online sign-language database dictionary called SLinto, and Sarah Toumi, 29, France/Tunisia – is spearheading a grass-roots initiative, Acacias for All, in Tunisia, to fight the country’s desertification caused by climate change and reduce poverty among farmers through reforestation and crops more suited to a lower rainfall.

The 2016 winners become part of the community of the Rolex Laureates and Associate Laureates who have helped to reshape the world in the 40 years since the Awards were created.
Though Rolex usually presents five Awards for Enterprise every two years; the five awards for Young Laureates aged 18 to 30 were announced in addition to the original five for Laureates making it 10 prizes in all in commemoration of the 40th anniversary of the launch of the Award.
Hundreds of luminaries, leading scientists, environmentalists and business people from Los Angeles and abroad gathered to celebrate the spirit of enterprise demonstrated by the winners chosen in this commemorative 40th year.

“We are celebrating a very significant occasion in the history of the Awards and in the history of Rolex,” said Rebecca Irvin, Head of Philanthropy at Rolex. “Forty years ago the company initiated the Rolex Awards to commemorate the 50th anniversary of the Oyster in a manner that reflected the spirit of enterprise on which the company was founded.

“What better place to pay tribute to this enterprising spirit and the pioneering work of the 10 Rolex Awards winners than a city – Los Angeles – that embraces diversity and innovation.”
The new Laureates were chosen by an international Jury of 12 eminent experts, all of them present at the presentation of the Awards. The Jury members selected the winners early this year after meeting the finalists who had been shortlisted from among 2,322 applicants representing 144 nationalities.

Each Young Laureate receives a grant to advance their project; all receive a Rolex chronometer as well as worldwide publicity for their projects.