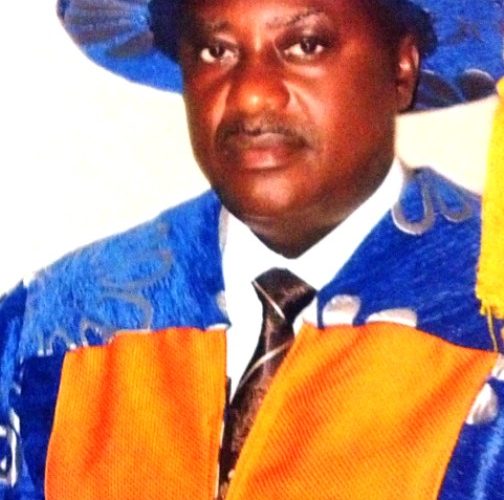 UNIVERSITY OF CALABAR: UNVEILING A NEW ORDER UNDER THE LEADERSHIP OF ZANA AKPAGU BY ISHIBI ATTAH

The university as a center of learning and research and a microcosm of the society must be exemplary and set standards for the larger society even as it strives to build the leaders of tomorrow.

This is the philosophy which the new Vice Chancellor of the University of Calabar, Prof. Zana Akpagu is driven by as he works to cleans the ivory tower of corrupt and disorderly elements.

Those who are beneficiaries of the old, corrupt order that obtained in the institution thus have no place in the new order championed by the new vice chancellor.

This explains the apparent fuss observed in the immediate past in the university environment. This is the process of change from the bad to the good.

One of the personalities that sought to perpetuate the old order was the former bursar of the University of Calabar, Mr. Peter Agi whom the joint council/senate committee set up to investigate allegations of gross misconduct and insubordination against him concluded that he did not only usurp the functions of the vice chancellor but inevitably performed such functions in ways that appear to be dishonest, suspicious and crooked.

Mr. Agi who was first suspended before being sacked has continued to claw at straws even as he sinks and would want to throw as much dirt as he can on all and sundry as his end comes. Before I continue, I will like to give us some background to this narative.

Peter Agi who graduated in 2004 was barely 4 years as a staff of the University when he was made the University Bursar, which in itself is a recruitment error! The joint council/senate committee observed that no background checks were carried out on Mr. Peter Agi as a person and his career as a whole before his appointment as Bursar of the University.

This was what probably led to the appointment of a wrong person for the position of Bursar in the University. As concluded by the joint council/senate committee, Mr. Peter Agi, as a Bursar, never reported to the Vice Chancellor periodically on the income and expenditure profile throughout his period in office.

As if this was not bad enough, on the 15th of August, 2016 there was an alleged invasion of the University by suspected thugs/cultists at the instance of Mr. Peter Agi. This almost led to a break down of law and order in the University but for the timely intervention of the Nigerian Police. Peter then absconded from the office and abandoned his duty for many days.

It was at this point, the Vice Chancellor referred the matter to the joint council/senate committee set up to investigate allegations of gross misconduct and insubordination against him. The committee called for Memoranda from members of the University Community and and interviewed people concerned. Peter Agi again failed to avail himself of this opportunity to clear his name of allegations by refusing to appear before the joint committee.

The joint council/senate committee set up to investigate allegations of gross misconduct and insubordination against Peter Agi made their findings and observations and drew conclusions based on information available to them and submitted their report. In refusing to appear before the Committee, Mr. Peter Agi deliberately denied the Committee the opportunity of hearing his explanation or giving reasons for his conduct and rebutting the allegations levelled against him.

It is important to note that Mr. Peter Agi having refused to submit himself to disciplinary procedure as prescribed by the University of Calabar Act instead rushed to the Industrial Court and the Cross River State High Court and instituted legal cases against the University instead. Both cases have been struck out in favour of the University.

Upon submission of the report of the committee, the Governing Council which is empowered by law to “hire and fire” staff under Section 15 of the University’s Act terminated Mr. Peter Agi’s Appointment.

Peter Agi has an attitude of “I am above everyone else” and I know more than everyone else.” He cannot get along with anyone! This is a man who has fought everybody in the University, consistently abused Professors and members of staff who legitimately demand for their approved entitlements.

All these acts and attitudes did not fit into the new philosophy and vision of Prof. Zana Akpagu to reform the University of Calabar and reposition it as a leading tertiary institution in Nigeria. Prof. Akpagu who upon resumption of office pledged wide sweeping reforms has been working assiduously to improve capacity, infrastructure, aesthetics, learning and research in the University.

Under the Vice Chancellor, the University has in curricula expansion by establishing new faculties, departments and programmes in a bid to make the institutions offering more relevant to Nigeria and the immediate community, in line with its mandate. In this regard, during the Vice Chancellor’s one year in office, the University Senate has approved and studies commenced in the Faculty of Engineering, Faculty of Pharmacy and Faculty of Oceanography (sic).

Prof. Akpagu is also continuing with an aggressive construction of new faculty/department blocks and lecture theatres to provide conducive learning environment and working atmosphere for students and staff respectively. The Vice Chancellor’s passion for capacity building of staff through training and retraining is commendable. He has embarked on beautification project of the University campus to improve aesthetics. All these gives us a good picture of what to expect throughout the tenure of Prof. Zana Akpagu as Vice Chancellor of University of Calabar.

It is indeed a new era and the beginning of a new order in the University of Calabar with Prof. Zana Akpagu at the helm of affairs of the institution. The old order has come to an end as sure as light triumphs over evil. I draw a curtain on this as I quote Edmund Burke, “The only thing necessary for the triumph of evil is for good men to do nothing.” Prof. Zana is a good man and he has chosen to do something in order for evil not to triumph. All he requires is our support and goodwill.