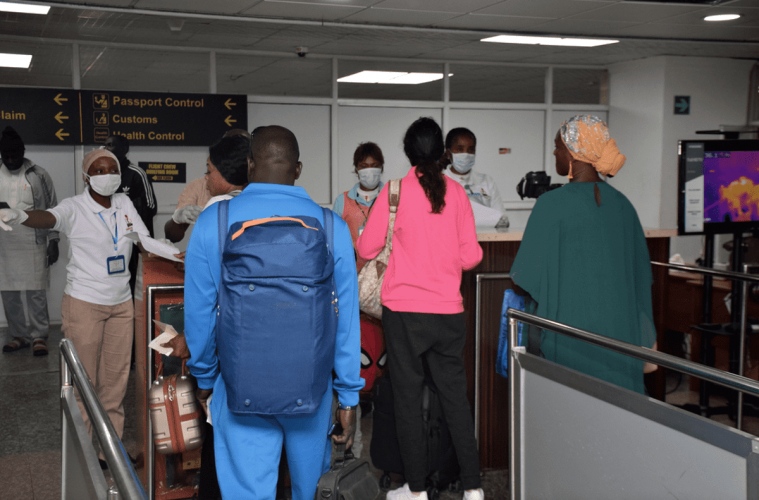 UPDATE: 35 AMERICANS HEADED TO CALABAR TURN BACK TO ABUJA

Following reports circulated earlier in the media that 35 Americans onboard an Airpeace flight landed the Margaret Ekpo International Airport Calabar from Lagos, The Cross River State government has dismissed the report as untrue.

Dismissing the report, Special Adviser to Governor Ben Ayade on Media and Publicity, Mr Christian Ita, in a statement said: “While there was indeed a curious arrangement to have the flight come to Calabar, His Excellency, Governor Ben Ayade, however, refused outright to allow the airline fly into the state in line with his order to restrict flights as well as other cross border movements on land, air and sea.”

Ita said the Ayade administration cannot compromise the safety of its citizens, no matter how tempting the prospects.

According to sources, the American nationals working with the Nigeria National Petroleum Corporation (NNPC), were billed for an event at Tinapa Lakeside Hotel, Calabar but due to the Coronavirus pandemic and subsequent ban on domestic air travel by the Federal Government, the Hotel management quickly got in contact with the State Ministry of Health for clearance, the state government was said to turned down the request asking the workers to go for further screening in Lagos or Abuja before they would be allowed in.

It was gathered that they were later taken to Abuja onboard a chartered flight.

However, other foreigners who had arrive Calabar earlier before the ban are currently been quarantine at the Tinapa Lakeside Hotel, Calabar.