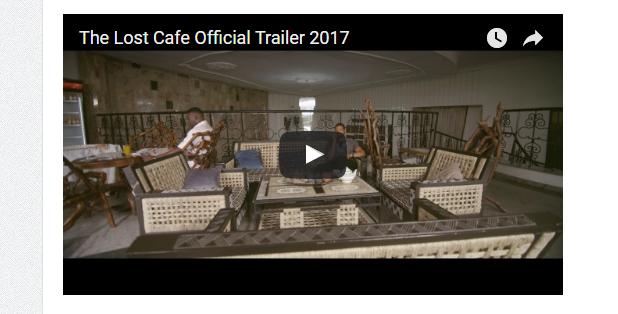 The trailer of the movie “The Lost café” produced by Cross River born filmmaker, Regina Idu Udalor based in Norway has been released.

The movie was shot on location in Calabar, Nigeria and Norway throughout 2016 with the trailer first released on January 9, 2017.

The film is an uplifting story about a girl’s decision to rise above dark family secrets and culture shock to live her dreams abroad, finding the most unusual answers to her troubling questions somewhere in Drammen where she meets the half blind, strange owner of a quaint coffee shop that serves the best coffee in the world.

Helmed by acclaimed filmmaker Kenneth Gyang, for Peridot and Cinema Kpatakpata, the film stars Tunde Aladese as Ose with support from Belinda Effah and Ann Njemanze in Nigeria and Terje Lien, Jenny Bonden and Anders Lidin Hansen in Norway. “The movie tells the story of some of our young girls who decide against all odds to be successful and when they travel abroad face several challenges and this is what I want our people to know and correct the impression the western world has on female Africans as prostitutes” Udalor said in an interview granted back in August 2015.

The Lost Café which had support from Angenieux in France, Catapult Film in Norway and Project Act Nollywood in Nigeria sees Regina teams up with Ifesinachi Okoli Akpagwu for screenplay, Jeremiah Gyang as music producer and Akor Udalor, the executive producer.

The movie according to Udalor, will premiere in Calabar soon.

This article was first published on CrossRiverWatch