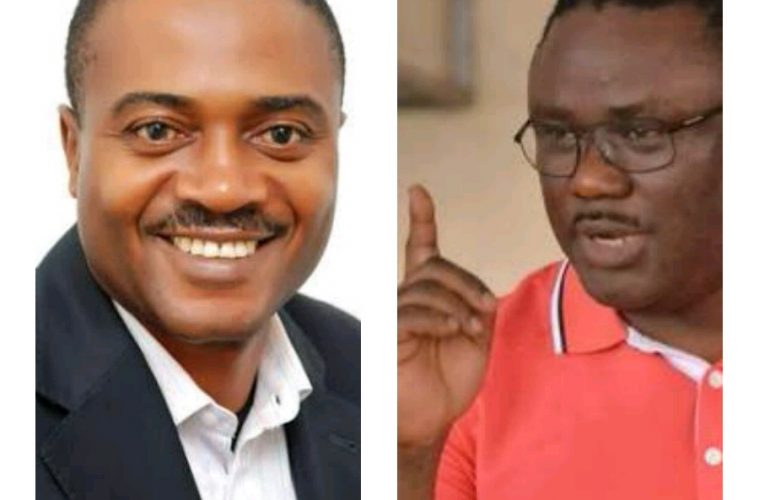 WHO WILL TELL THE PRESIDENT? BY VENATIUS IKEM

As our governor prepares for the visit of Mr. President and more Industries are hastily built and thousands are hastily employed, even if only on Radio, I recall our days in school, primary and secondary.

Each time an Inspector of schools is expected, or a Commissioner or some senior official of the Ministry of Education, there is a frenzy of activity including arranging of stones on pathways, sometimes even painting those stones to create a neatness that is unreal, unusual and so antiseptic it stinks to high heavens! Students or pupils are inspected for cleanliness in an unusual show of hygiene. Toilets are cleaned or rebuilt, reconstructed where they may have collapsed etc. Grass is cleared where forests existed before within the school premises! You get the picture. Inspection day comes and goes and we revert to where we have been.

I believe many of us have often wondered why all this frenzy. Looking back now I can understand. It is a cover up. It always was a cover up of much of what we failed to do with the imprest and other resources allocated for the purpose.. Our corruption has long and deep roots… small ones and big ones.

The inspectors or whoever are not supposed to see the other side of our schools that are ugly, dirty and unkempt even if that is the reality we live everyday.

As we grew up into Government the same scenario repeats itself in even greater magnitude, frenzy and lack of imagination. Do the inspectors not see that the paint is fresh? The grass is freshly cut? The hair newly cut? Buildings freshly made over? Of course they do. But they all perform the same ritual at their duty posts so nothing new. The school passes the test of cleanliness, good conduct, etc etc. A goat or two to throw into the booth of the car and maybe an envelop of something makes you a good headmaster or principal and promotion is assured.

Today the dimension has become mind boggling but it is the same thing. Who will tell the Governor the truth? Or the Commissioner? Or the other boss? And who says they don’t know the truth? But that’s Nigeria. Is it not true, Mr. President? Or don’t you know too?

As President Buhari comes to Cross River State during the week, let us pretend that he does not know what is going on in Cross River state. And so we ask: who will tell the President the truth?

1. Who will tell the President that all that money he gave out of sympathy for the plight of suffering workers including pensioners did not get to many if not most of them and they are still weeping and gnashing their teeth and abusing him for being such a wicked and uncaring Fulani President!

Never mind that mischief makers have been writing nonsense on social media that the governor diverted some of the money to repay his family wealth from which he borrowed to contest elections 3 years ago!

That even though the Governor celebrates an achievement of paying workers before they have worked, clearly an illegal act, he is still owing many public servants their entitlements which makes them groan and labour to meet their needs.

Never mind that EFCC has a big dossier on the movement of this cash and to where. Never mind that some arrests have been made but nothing has been done with the ‘investigation’!

2. Who will tell the President that even though he has never delayed payment of allocations to states, in Cross River State, Local Government Councils have forgotten that they too are allocated any money from the Federation Account and so they make do with revenue from markets and motor parks while their federal allocation remains hijacked at some place in the state and they no longer know how much or when it is received.

Never mind that every month the state government receives over NGN4billion for local governments in the state… Who will tell the President?

5. Who will whisper to the President that the “Industries” he will be “commissioning” as he comes will work only that day and be locked up till the next commissioning? Like the monorail his Vice commissioned last time, like the garment factory which has not produced any garment but was set up to make only uniform for the Nigerian Police and since that is not forthcoming has been under lock only for ceremonial visits of VIPs! Who will tell the President?

Like the freshly cut grass of yesteryears, like the freshly painted stones on walkways, like renovated toilets in our public schools, the factories will be fresh and the machines clean, the power station would be energized today, maybe the “rice city” will even make some rice for the President to see, even though traditionally we grow our rice, on soil, but Please Mr. President do find someone to tell you our story when the ceremony is over! We are overburdened and afraid because only the Professor, Governor, Senator, will be whispering to you today… We don’t know who will tell you our story.

The story of Investments and Superhighways, of MOUs and Deep Sea ports.

6. Who will tell the President of cultists and insecurity in our state with layers of Green Sheriffs and Scolombos, who mostly terrorise opposition APC figures?

Venatius A. Ikem is a gubernatorial hopeful for the 2019 general elections.

NOTE: Opinions expressed in this article are strictly attributable to the author, Venatius Ikem, and do not represent the opinion of Calabar Blog or any other organization the author works for/with.