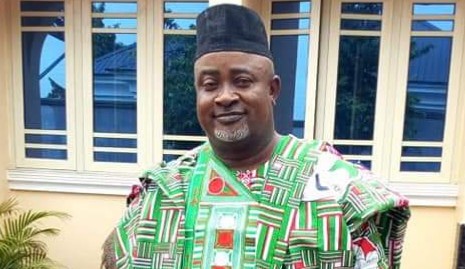 The executive committee of Peoples Democratic Party, Ward 3 in Calabar Municipality of Cross River state has explained why it suspended the state chairman of the party, Ntufam Edim Inok Edim, at the weekend.

Recall that the National Working Committee (NWC) had earlier threatened to ‘reprimand’ any member found culpable in forging and circulating fake ward and local government executive committee list in the State other than the one it sent, and which the Chairman reportedly rejected.

In a suspension letter titled ‘Notification of Suspension,’ made available to Journalists in Calabar, the Ward Exco said the chairman was suspended for gross misconduct.

The letter, dated 1st of May, 2020, and signed by Mr Peter Ika and Mr Nsa Ekpo, ward chairman and secretary of the party respectively, posited that Ntufam Edim brought shame to the ward by the way he handled the imbroglio over the list of ward and local government executive committee.

“We, the members of the ward exco of our party from ward three (3) in Calabar Municipality local government, Cross River state, having been inaugurated vide letter No: PDP/DOM/GF.VVOL..2/20-387B… and arising from our inaugural meeting of May 1, 2020 held at the ward secretariat at No 5 Jonathan Bypass, Calabar, Cross River state observed with shame and dismay, the conduct our member, Ntufam Edim Inok Edim, exhibited on the 30th April, 2020 at the party secretariat,” it stated.

The letter said the suspended chairman had wrongly accused the party national leadership of receiving a bribe of N150 million to release the exco list and that Edim “labeled the national chairman and the NWC as demons, criminals and other unprintable names,

Further, the letter said Edim had declared that he will not carry out the instruction/directives of the National Working Committee as contained in letter NO: PDP/DOM/GF.V/VOL.2/20-387B of April 26, 2020, but went further to inaugurate his own acclaimed ward and local government Exco.”

It submitted that: “In view of the foregoing, we hereby resolved as follows: His conduct runs contrary to the provision of the party’s constitution as contained in Chapter 10, Section 58, sub 1, b, c and h respectively. Ntufam Edim Inok Edim, a member of the party from ward 3 in Calabar Municipality and state chairman of the party is hereby suspended for an initial period of one (1) month.”

Recall that the national leadership of the party had on April 26, 2020, released a list for ward and local government executive for all the 196 wards and 18 local government councils and directed the state chairman to inaugurate them in accordance with the provisions of the party’s constitution.

But, the state chairman other party officials, said to loyal to Governor Ben Ayade, rejected the list saying it was not the true representation of congresses conducted in March 2020 and that names therein were not members of PDP.

Few hours after, the state chapter came up with another list purported to come from the national body but the PDP leadership in Abuja, in a press release titled ‘Disclaimer,’ said the list did not emanate from its Wadata Plaza office and noted, “this despicable act will be properly investigated and the perpetrators reprimanded.”