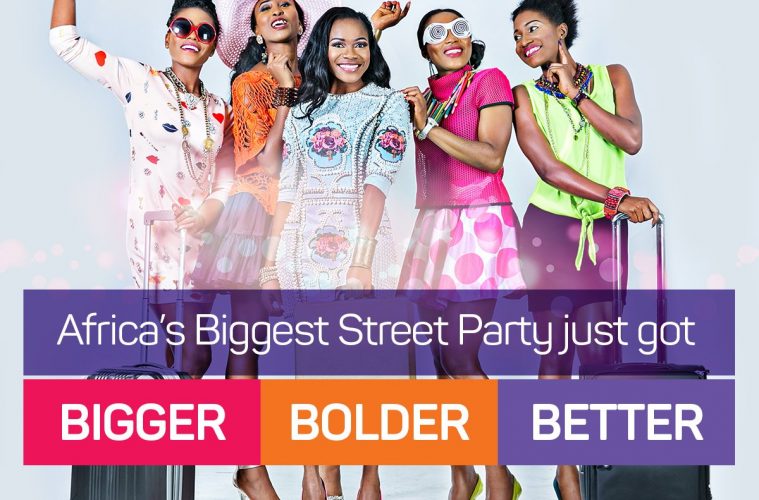 WILL THE 2016 CALABAR CARNIVAL LINE UP TO ITS TRACK HISTORY?

In 2004, Former Governor of Cross River, Donald Duke proposed to make his state the hub for tourism and hospitality in Nigeria. To this effect, Calabar Carnival Festival–”Africa’s Biggest Street Party”–was initiated. The vision was envisaged to make the state the number one tourism destination for Nigerians and tourists all over the world.

“The festival celebrated a decade of excellence during the administration of Former Governor Liyel Imoke. At the flag-off of the Carnival Imoke said the festival as grown in leaps and bounds, becoming the biggest street party in Africa. According to him, for the first time in the history of the carnival, the state government did not advertise the carnival, yet the crowd that thronged Calabar to witness it was unprecedented,” Jimoh Babatunde of Vanguard writes.

The year 2015 saw a rapid improvement to the Calabar festival, whereby, 15 countries within and outside Africa booked to attend the carnival, Ben Ayade, the Cross-State Governor, said. He joined the band to be part of the success story of the event. The band, which includes celebrities, stars and professionals, was created to give a new touch to the carnival.

Usually, the celebration begins with dry runs to enable participating bands to get familiar with the carnival routes to allow them function optimally at the main event.

On November 24, 2016, Ben Ayade, the Cross-River State Governor announced that Nigeria would experience an increment in the economy during the 2016 Calabar Carnival. Optimistic about the carnival, which happens in December and ends in January, he said business owners that are participating in the event would benefit from the partnership with the state government and proper security measures will put in place.

Ayade stressed that at the moment influx of vehicles has been all around the state, in a way to further advertise the carnival. By that, he informed the people who are in doubt to decide on attending the carnival. He expressed excitement that the 2016 edition would indeed be ‘bigger and better’.

Benefits of the carnival vary from the rich cultural aspect which includes the local heritage, the platform for market awareness to it serving as an avenue to strengthen the capacity of the locals to participate in a profitable way.

Throughout the stay of tourist, the hotels are overbooked, recreation centres are crowded and commercial activities are at their peak.

For most tourists, it is a time to escape from the rat race that is their daily routines. A tourist, Mr Akande Akinola, stated that he travels with his family and many of his friends to attend the carnival. He stressed the need for children to be aware of the heritage and culture in Africa that the carnival reveals each year.

Hopefully, this year’s carnival will surpass that of the previous years. The country is currently in a recession and states, like Cross River, need to increase their Internally Generated Revenue while Nigeria generally needs more foreign currency coming in to ease the pains of the scarcity of Forex. The Calabar Carnival is poised to help ameliorate these problems.