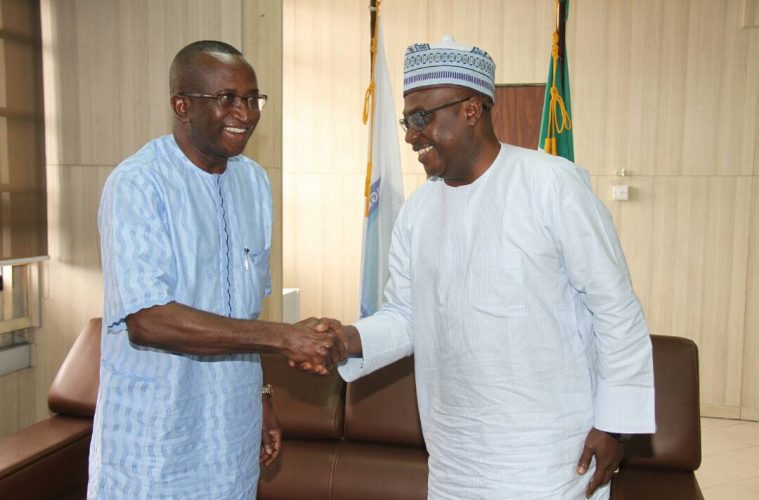 The Niger Delta Development Commission, NDDC, has stated its resolve to support the development of infrastructure in universities and polytechnics across the Niger Delta.

The Chairman of the NDDC Governing Board, Senator Victor Ndoma-Egba stated this during a courtesy visit by the Vice Chancellor of Cross River State University, UNICAL, Prof. Zana Itiunbe Akpagu, at the Commission’s headquarters in Port Harcourt.

Senator Ndoma-Egba said that the main resource of any society could be found in its youths and not the natural resources or minerals. For this reason, he said, the youths must be skilled, motivated, educated and empowered. “If the youths are not properly educated, skilled or motivated, rather than be a blessing to the society, they become a curse,” he noted. Senator Victor Ndoma-Egba SAN Chairman Governing Board of NDDC and Prof Zana Akpagu, Vice Chancellor UNICAL during a courtesy call on the chairman at NDDC Headquarters in Port Harcourt.

He remarked: “We are concerned that our youths must remain a resource and not a curse to our region. That is why we are partnering with universities and higher institutions in the Niger Delta region to educate and produce some of the best minds the country will have to offer.”

Senator Ndom-Egba said that the NDDC was making efforts to ensure that all on-going projects in the universities in the Niger Delta states were completed, especially in the University of Calabar being one of the oldest universities in the South-South.

The NDDC board Chairman assured the UNICAL VC, that the Faculty of Law building which was on-going, would not only be completed, but would also be furnished, and would stand out to be one of the best Faculties in the country.

Earlier in his remarks, the Vice Chancellor of UNICAL, Prof. Akpagu, thanked the Commission for all its interventions in his University of and all other universities in the Niger Delta.

He appealed to the Commission to intervene in its building of an Ultra Modem Medical Center, noting that since the inception of the university in 1975, the Centre had operated from a 4-room apartment, but with the current population of 46,000 students, the facility had become grossly inadequate.

He also pleaded with the Commission for a massive expansion, stating that UNICAL was the only Second Generation University without an Engineering Faculty.